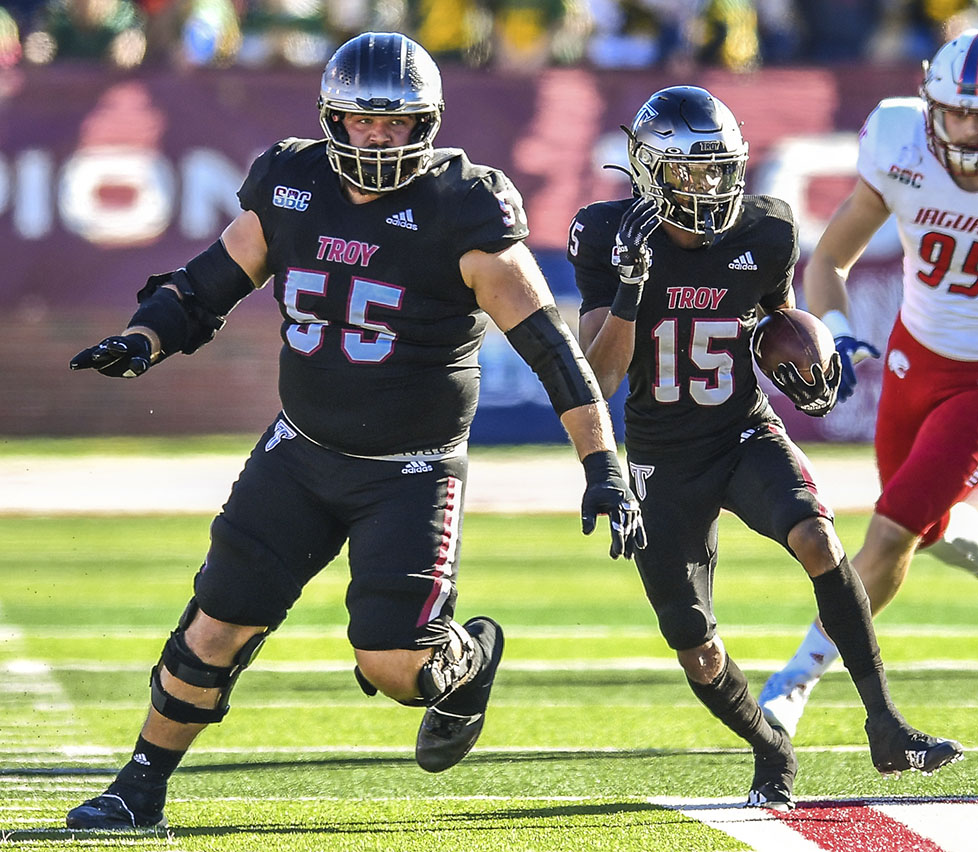 Troy junior Jake Andrews is one of just three Sun Belt Conference centers to be selected to the Rimington Trophy Watch List, released Friday by the Boomer Esiason Foundation.

Andrews, who has played in 38 games with 24 starts, shifts from right guard to center for the 2022 season. The Rimington Trophy is presented annually to the most outstanding center in NCAA Division I College Football. Since its inception, the award has raised over $5 million for the Boomer Esiason Foundation.

Last season, Andrews was Troy’s top-rated pass blocker per Pro Football Focus and second-rated run blocker. The Millbrook, Ala., native allowed just one sack on 468 passing situations with three total hits and 12 pressures. Andrews kept the quarterback clean over the final 10 games of the season and ranked 29th nationally and 10th in the Group of Five among all guards in pass blocking per PFF.

In 2020, Andrews was ninth nationally and fourth among guards with a 99.2 pass block efficiency rating among players with at least 300 snaps per Pro Football Focus. He allowed just one sack, two hits, four hurries and seven pressures in 513 pass-blocking situations.