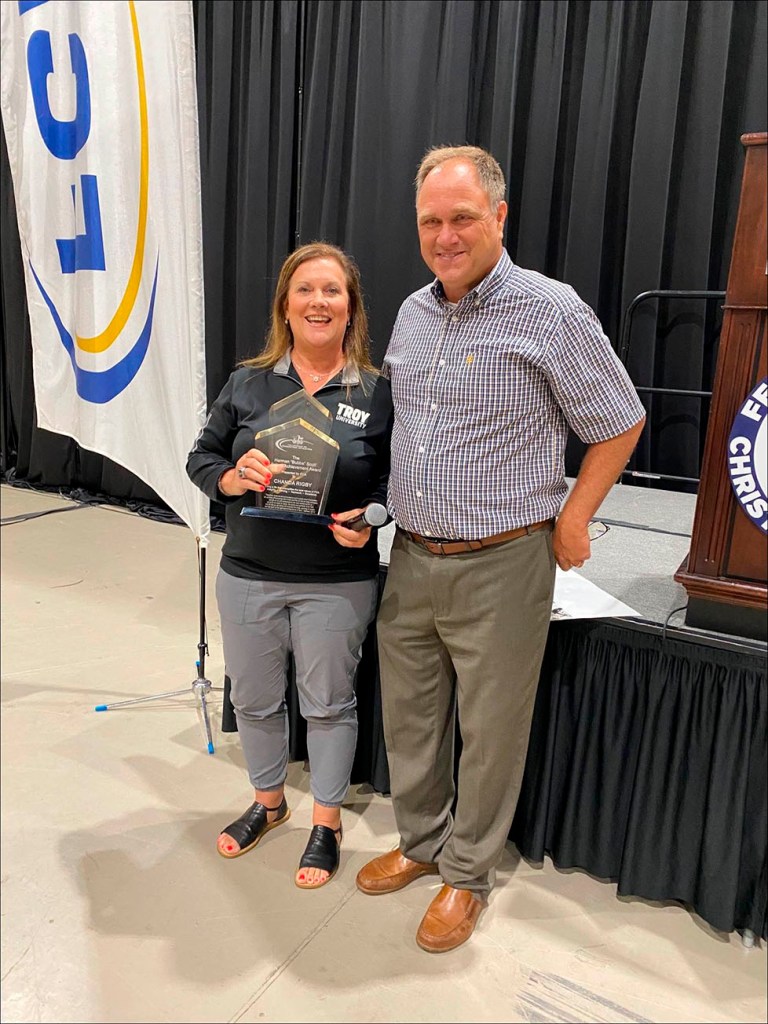 Troy University women’s basketball coach Chanda Rigby is no stranger to awards and on Thursday she added yet another trophy to her shelf, being named the Bubba Scott Award recipient.

Rigby was presented with the award by the Alabama Fellowship of Christian Athletes (FCA) at the FCA Luncheon held in Montgomery as a part of the Alabama High School Athletic Association’s Summer Conference. Rigby, the longtime coach of the Trojans, is the 11th winner of the award.

The award is named in honor of former AHSAA Executive Director Herman L. “Bubba” Scott and is a lifetime achievement award. Rigby was recognized for her “integrity, faith and service as a teacher and coach and for her success with the student-athletes entrusted to her throughout the years on and off the floor.”