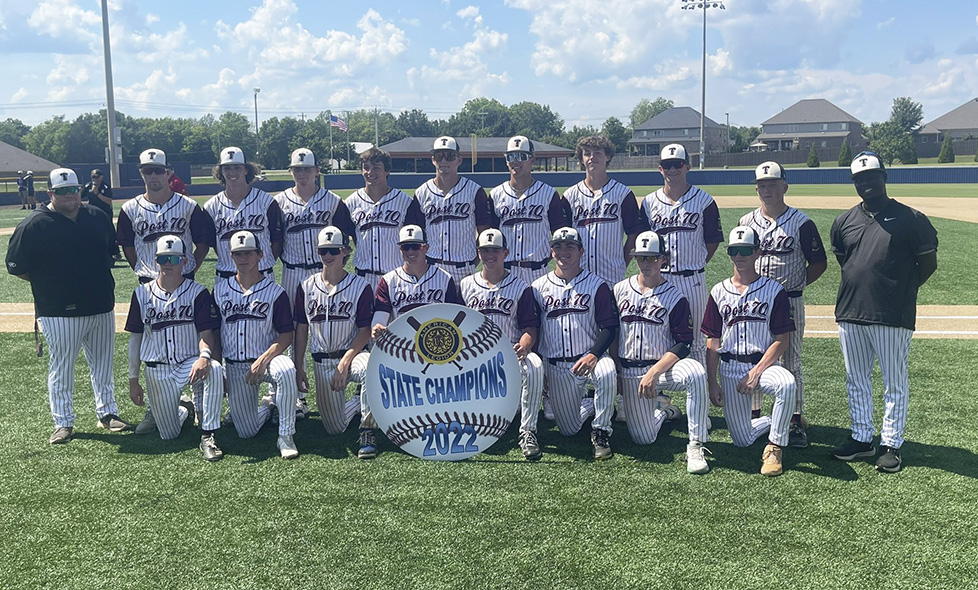 Post 70 knocked off Hueytown Post 1228 by a score of 12-2 in the Championship game on Sunday. Enterprise pitcher Brady Richardson – who is committed to Troy University – was the winning pitcher as he mowed down five batters and gave up five hits and two earned runs in four innings on the mound. Pike Lib’s KC Bradford went 2-for-3 at the plate with two RBIs, one double and a run, while Dothan’s Blake Wynn went 1-for-2 with a home run, two RBIs and two runs. Greenville’s Christian Hill went 3-for-3 at the plate with three triples, one RBI and two runs.

Post 70 earned its way into the championship game after shutting out Shelby Post 555 by a score of 10-0 in the semifinals. Dothan’s Brody Lindsey earned the win on the mound, pitching all five and 2/3 innings with eight strikeouts, while pitching a shutout and allowing just one hit. Headland’s Mason Steele went 2-for-3 at the plate with an RBI, three runs and two stolen bases. Bradford went 2-for-3 with two RBIs and two stolen bases.

In the quarterfinals, it was the battle of Troy Post 70 as the 17U squad faced off with the Troy Post 70 15U squad. The 17U team picked up the 15-5 win with Pike Lib’s Will Rice getting the win on the mound. He pitched three and 2/3 innings and struck out five batters, while giving up five hits and two earned runs. Hill had another stellar performance at the plate, going 4-for-4 with three RBIs and two runs. Richardson went 2-for-3 with an RBI and three runs. Bradford also went 2-for-4 with two RBIs, one run and three stolen bases.

The 15U team, lost to Shelby Post 555 by a score of 6-4 and to Madison Post 29 by a score of 5-2 on Friday in pool play. The 15U team bounced back to knock off Tuscumbia Post 31 in the first round of the elimination tournament on Saturday, however. Against Tuscumbia, Pike Lib’s Kade Brookins went 2-for-4 with an RBI, a run and a triple. Enterprise’s Reid Burns went 2-for-3 with three RBIs, four stolen bases, two runs and a double. Braylon Morris of Cottonwood pitched four and 1/3 innings and fanned a pair of batters, while giving up no hits or runs. Goshen’s Tyler McLendon pitched one and 2/3 innings and gave up no hits or runs.