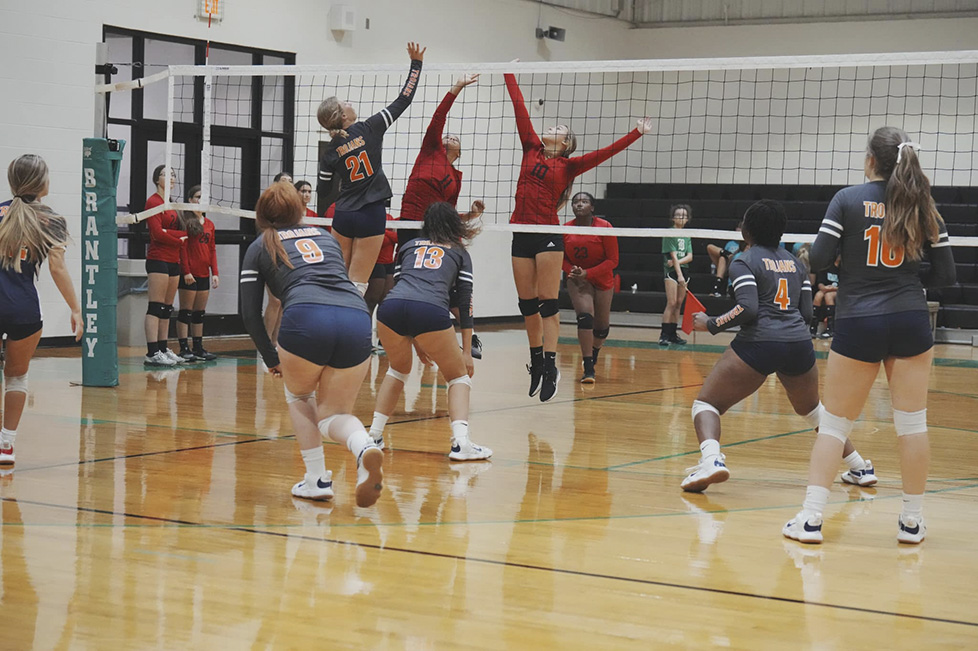 In high school volleyball, “play dates” give teams the chance to compete against one another in a series of scrimmages to break up the monotony of summer workouts and practices, where the only scrimmages are typically against your own team.

“It looked like it was the first time for us out there against someone else in a different uniform,” Charles Henderson coach Sonny Kirkpatrick said. “It’s really hard to judge but we did some really good things and we have some things we need to work on.

“Ultimately, ‘play dates’ are there to see what we need to get better at. After watching the film, there is a lot we need to be better at on our end.”

While last season’s Lady Trojans were a young team, Charles Henderson will also be replacing three starters and leaders from last year’s squad.

“We have four sophomores that need that experience and it was good for them to get out there and get thrown into the fire to see what they can do under some pressure. It opened their eyes up a lot on the things they have to get better at.”

The Lady Trojans will head to Goshen on July 27 for a Pike County battle as Charles Henderson, Goshen and Pike County will meet in a three-way “play date.”

“I just want to see improvement,” Kirkpatrick said of the upcoming play date. “We need to work better together, that was a big thing. We have people in different positions with different responsibilities and we have to get better at our individual jobs, so we can get better as a team.”