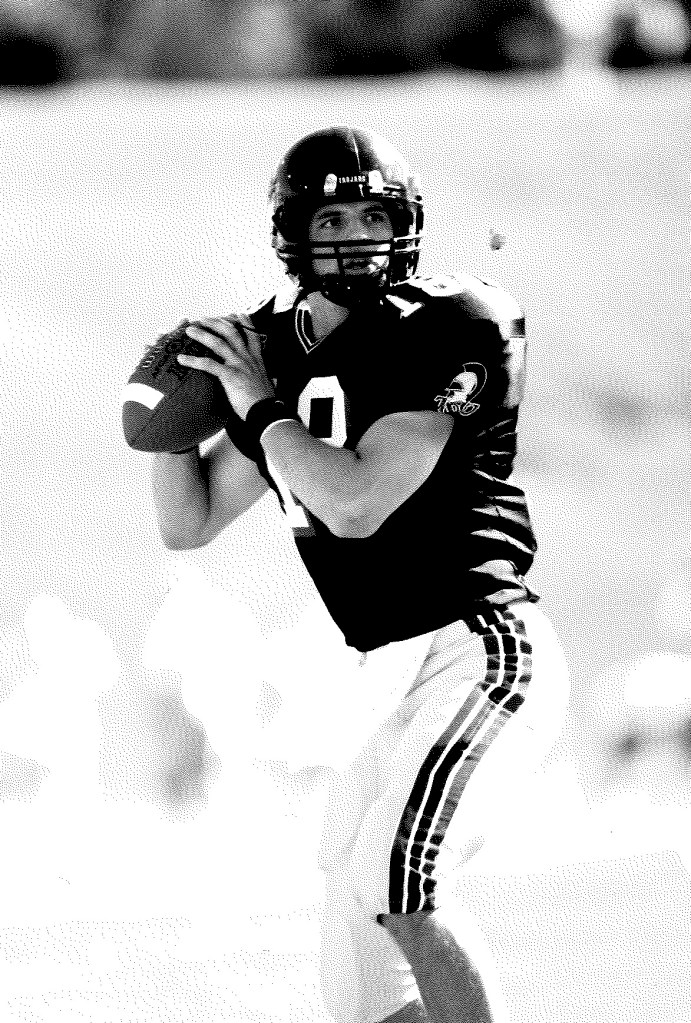 Ben Blackmon was a quarterback at Troy in college. (Photo courtesy of Troy University Athletics)

Editor’s note: This is the third part of a series highlighting former area high school and Troy University football players that moved into the coaching profession.

Former Troy University quarterback Ben Blackmon is one of the most successful high school football coaches in the State of Alabama, but he almost got into a completely different profession out of college.

Blackmon’s football career began in Montgomery, where he was a star quarterback for Spence McCracken’s successful R.E. Lee Generals of the early 1990s. Blackmon’s success on the field led him to Troy State University, where he played for legendary coach Larry Blakeney.

“Just being around great teammates and coaches and being impacted by all those guys is what I remember most,” Blackmon said of his Troy career. “The camaraderie there and being able to go play every day in practice and getting to play for Coach Blakeney and the great coaching staff we had there are memories I’ll always have.”

Coaching, though, wasn’t on his radar following his graduation from Troy. Blackmon was pursuing his master’s degree and contemplating medical school when his old coach called him up with a job offer.

“My high school coach, Coach McCracken, called me when I graduated and I really thought I was going to medical school,” Blackmon recalled. “He said, ‘Look, I have a teaching job and would love for you to come here and coach my quarterbacks.’ I went over there and did it for a semester while I was trying to decide on medical school.

“I just fell in love with it. I’ve been around the game since I was six years old and I just felt like it was a calling for me at that point.”

Blackmon’s older brother, Brian, was serving as offensive coordinator at Opelika at the time, as well. 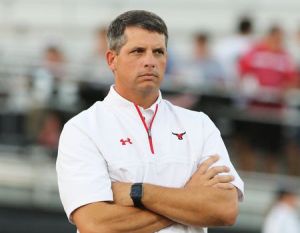 “He was coaching at Opelika at the time when Coach McCracken called me, so we got a chance to coach together there,” Blackmon said. “I think anytime you can stay in the game that you love and do it with people that are your family, best friend or mentors it’s definitely going to be a key point to entice you.”

Brian Blackmon went on to take over at Opelika as head coach in 2009 when McCracken retired and would eventually move into the college game as an assistant coach at Troy and now Central Florida.

Ben Blackmon coached at Opelika from 2001 until 2006 before earning his first head coaching job at Greenville in 2007. Following success at Greenville, Blackmon was hired by Gulf Shores in 2011 and coached there until taking over at Spanish Fort in 2014.

Blackmon is by far the winningest coach in Spanish Fort history, going 77-18 during his seven years there with a Class 6A State Championship and two Class 6A runner-up finishes. Blackmon gave much of the credit for his success to those that helped him along the way. 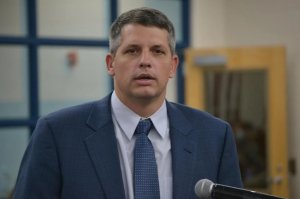 “I think it’s an accumulation of those that taught me the game and the people I’ve been able to be around in the game,” Blackmon said. “They fostered my approach to coaching. Coaching Blakeney was such a player’s coach and loved his players.

“Coach McCracken was very detail oriented and a great motivator. Being around other coaches like my brother and some of the other coaches I’ve played for, and worked with, are all students of the game and continue to learn and grow even to this day; and that has been key for me. The good ones don’t ever stop learning or ever stop trying to find a better way to do something.”

In January, Blackmon made the move to Enterprise, where he now takes over a former powerhouse in the State of Alabama. While Enterprise has earned playoff appearances in each of the last three seasons, the Wildcats have won just three playoff games since 2006. Blackmon’s 2022 team also has the difficult task of switching from former head coach Rick Darlington’s power-running “single wing” style of offense to Blackmon’s “spread offense.”

“I think it’s going great,” Blackmon said of his time at Enterprise so far. “The summer is going well. The transition from a different style of offense and defense has been a little different but the kids are soaking it up and are working hard and I’m pleased with the progress we’ve had.”