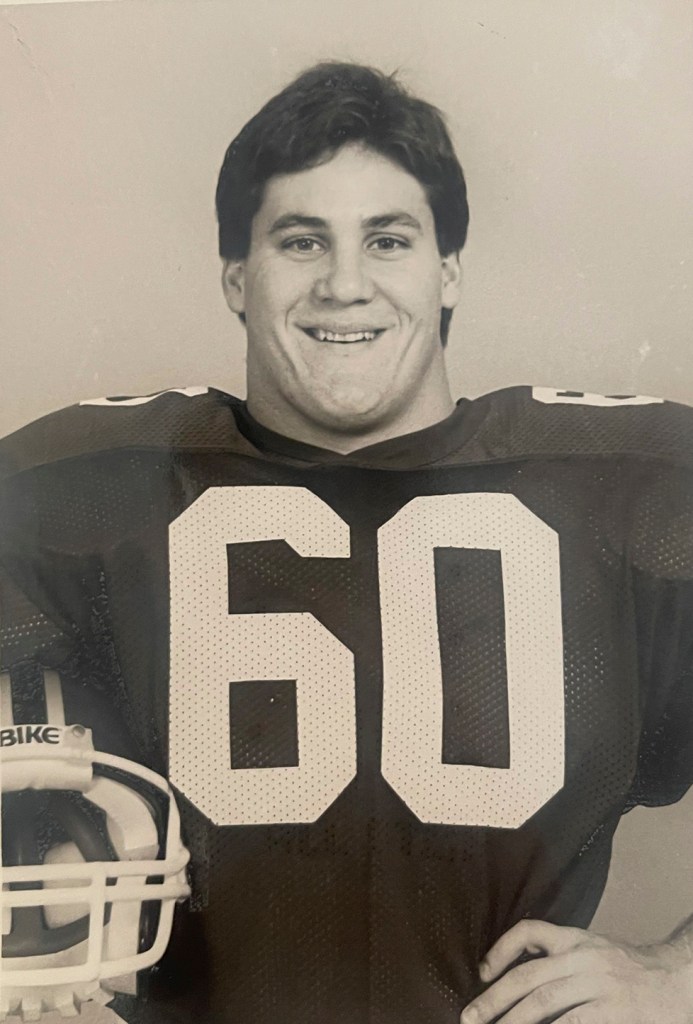 Editor’s note: This is the second part in a series featuring former area high school and Troy University football stars that have gone into the world of coaching.

Enterprise native Buck Hanson was a part of a national championship at Troy University and has been passing on the lessons he learned as a Trojan to his players ever since.

Hanson was an All-Region offensive guard at Enterprise High School in the late 1970s and was selected to compete in the AHSAA All-Star Game following his senior season in 1980.

His prowess on the football field earned him a scholarship to Troy State University. Hanson brought to Troy with him championship pedigree, as he was a part of the Class 5A State Champion winning Enterprise team in 1979. He and the Trojans went on to win the 1984 Division II National Championship, with Hanson serving as team captain. When looking back on his memories at Troy, it isn’t the wins or the rings that come to his mind, though.

“One of my former pastors had a message entitled ‘The three most important questions you need to answer in your life.’ Those were, choose your mate, choose your master and choose your mission. All three of these were answered during my Troy years,” Hanson recalled. “I met my wife Missy, accepted (Jesus) Christ in Alumni Hall and decided to coach after such positive influences I had during those years.

“Along the way I was fortunate to have the opportunity to play with some very talented teammates and learn from quality coaches. Being a team captain along with Tommie Robinson and Anthony Henton was a memory that means more as time goes on. After leaving Enterprise and a state championship it was almost more than I could imagine being a part of a national championship team at Troy. What a memory and a blessing to have.”

Hanson was coached by legendary high school football coach Bill Bacon at Enterprise and legendary college coach Chan Gailey coached him at Troy. It was through his interactions with those legends – and his other coaches – that guided him into coaching.

“I’ve always enjoyed competing and watching others compete,” Hanson said. “I also saw through the years how my coaches appeared to love what they did every day. I entered my senior year at Troy and really began to watch the interactions between our coaches and players. I knew I was being called to coach.”

“My first varsity job was at Enterprise High, my former head coach Bill Bacon hired me to coordinate a ‘split six’ defense and over the years we evolved into a ‘4-3’ defense,” Hanson remembered. “I spent countless hours at Troy learning from the assistants there.” 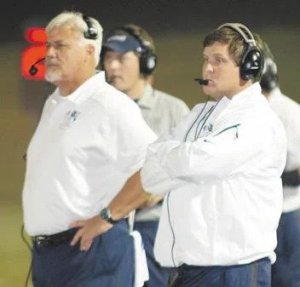 When Bacon retired in 2001, his replacement, Kenneth Hand, accepted Hanson’s request to move to the offensive side of the ball, where he began coaching the offensive line. During his 27 years on the sideline at Enterprise, Hanson served as defensive coordinator, offensive line coach and offensive coordinator at different times. He also served as interim head coach during the 2004 season when Hand was dismissed from the program before the playoffs.

Hanson said over the years he’s reached out to a number of his coaching peers including names like Gailey, Jay Jefcoat, Willie Slater, Rick Rhoades, Larry Blakeney, Mike Turk, Tommie Robinson, David Faulkner and others.

“As busy as these guys are they never failed to be there when needed,” Hanson emphasized. “Coach Jefcoat was my position coach and always had a knack for simplifying tough questions. He would say, ‘Buck, are you happy? If you are, keep doing what you’re doing, if you’re not, change what you are doing.’

“Over the years, Ronald Reagan’s advice probably suits me best; ‘There is no limit to the amount of good you can do if you don’t care who gets the credit.’”

Throughout his career at Enterprise, schools and coaches attempted to lure him away from his alma mater to no avail. In 2016, though, Hanson made the tough decision to retire from the Alabama School System, meaning his long tenure at EHS was over. His coaching days, though, were far from over. Hanson departed Enterprise and accepted a position at Clinton High School in Mississippi as quarterbacks coach.

From there, Hanson moved on to Lee County High School in Leesburg, GA where he helped the team win a state championship as run game coordinator. In 2018, Hanson joined the staff of Rush Propst at Colquitt County in Georgia as tight end coach, offensive line coach and run game coordinator. Colquitt County also finished runner-up for a state championship during his time there. In 2021, Hanson joined the staff of another Georgia power as the offensive line coach with the Lowndes County Vikings.

“The kids in Enterprise were second to none. For 27 years I was fortunate to see so many of my players compete with great desire there,” Hanson said. “I’ve been in Georgia now for six years and I’ve played for two state championships. I really think I have been able to do this for so long because the kids have been fantastic and I truly love the relationships and memories created between player and coach.

“Coaching really has been more about the ‘Jimmys and Joes than the Xs and Os.’ I treat every year like 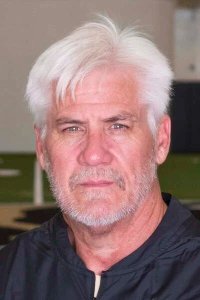 it’s my last season. Each season presents challenges and each player/coach has strengths and weaknesses, my job is to focus on the strengths and be aware of the weaknesses. As you age, you begin to see things clearer and realize not only are you building young men, you are building memories.”

Hanson said that when he looks back at Troy now and sees the growth in the football program and on the campus, it fills him with pride.

“I’m amazed at our leaders and the Trojan community that had a vision for what it wanted Troy’s campus to look like,” Hanson said. “The campus is beautiful and second to none.”

Hanson and his wife Missy’s children are passing on the lessons they learned from him now, as well. Jackson Hanson played college football at Delta State and started his coaching career where Buck Hanson spent the majority of his coaching career: at Enterprise High School. Jackson Hanson is now serving as offensive line coach under Jed Kennedy at Dothan High. Buck and Missy Hanson’s daughter, Mattie (Hanson) Tate, is also in a familiar place as she serves as a teacher at Troy Elementary School.

“Missy and I are proud of both of our children,” Buck Hanson emphasized. “Mattie (Hanson) Tate teaches at Troy Elementary and Jackson coaches at Dothan High. Although coaching and teaching is a challenge, I hope we are examples to both of them that it is a noble profession and we will be held accountable for how we treat and teach these youngsters. I’m blessed and extremely proud of the course they took.”