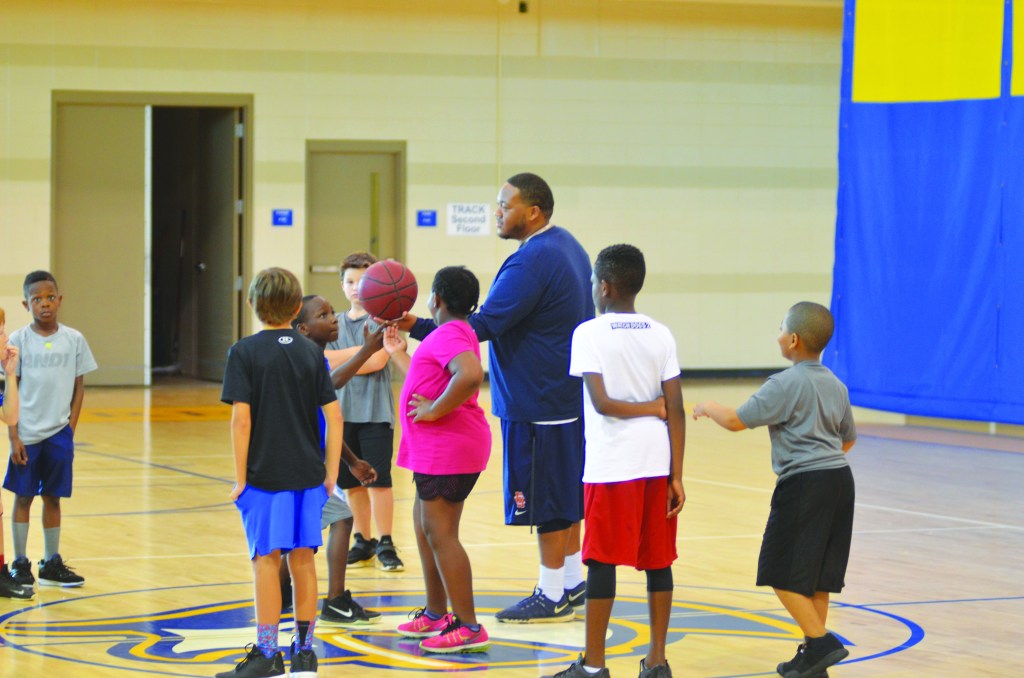 Photo/Mike Hensley Each year Justin Cope hosts a summer basketball camp at the Troy Recreation Center. Above: Cope tosses up a basketball during the 2017 camp.

The Troy Parks and Recreation Department will host the 14th Annual Youth Summer Basketball Camp at the Troy Recreation Center later this month.

The camp runs July 29-30 and is available for children from the age of six up to 16 years old. The cost of the camp is $40 per child and includes a camp T-shirt and lunches. The camp will run from 8 a.m. until noon each day.

Campers will learn the basics of the fundamentals of basketball, including dribbling, passing, shooting, rebounding and defense. Each day, players will be split into teams for a scrimmage in the last hour of camp. July 30 will also feature a tournament split between age groups with players getting a chance to compete. Awards will also be given out at the end of the camp.

Leading the camp is Highland Home High School varsity girls’ basketball coach Justin Cope. Cope also serves as assistant varsity boys basketball coach at Highland Home and has previously coached at both Pike County and Charles Henderson. Joining Cope on the camp staff will be a number of coaches and players from the area, including Pike County and Charles Henderson.

Additionally, Troy natives Jalen Tuck and Isiah Wilson will be helping out on the camp coaching staff. Tuck played college basketball at Troy, while Wilson played at Alabama.

The deadline for registration is July 24 and parents interested in signing up their children can do so in person at the Troy Recreation Center or online, at https://www.eventbrite.com/e/377487072997?aff=efbneb. Anyone with questions can call (334) 268-6496.