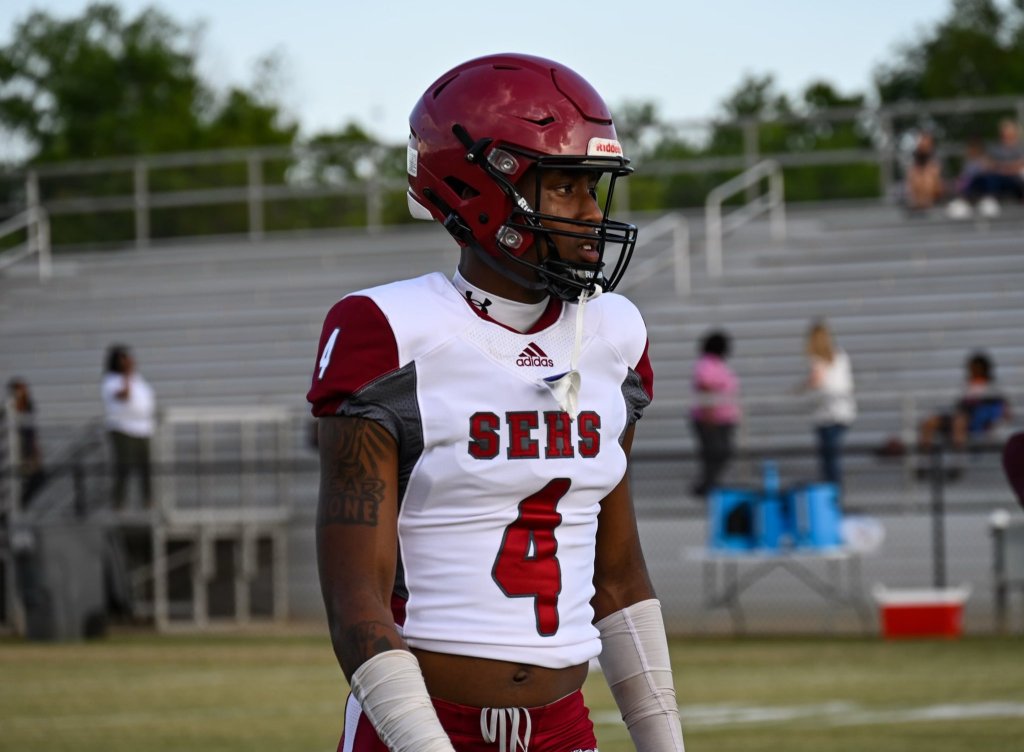 “First, I want to start off by thanking the man above for giving me this talent to play the game I love so much,” Moore said. “And I want to give a big thanks for all the people that pushed me to be a better me each day, on and off the field, from the first 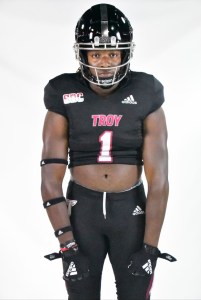 time I ever picked up a football all the way up to now.

“It’s really been a blessing to be in this salutation. So, after a good talk with my family and a long prayer, I will be coming to Troy University.”

Thomas is a 6-foot-3-inch, 190-pound receiver and the Millbrook native committed to Troy over offers from other FBS schools like Tulane and Coastal Carolina. As a junior, Thomas caught 44 passes for 602 yards and earned first-team All-Elmore County and second-team All-Metro.

“I chose to commit to Troy because my relationship with Coach (Jon) Sumrall and Coach (Gary) Banks and the whole staff showed me how bad they wanted me at Troy,” Thomas told The Messenger. “Just the whole staff showing me love, not just a specific person, getting texts daily from all the different coaches, not just the coaches from my position. Literally everybody on staff showed love to me and showed me they really want me at Troy.

“So, that played a big role in it and just basically my relationship with Coach Sumrall, he’s a really cool guy and a coach I can relate to and every time we talk, he talks very highly of me.”

Thomas has set lofty goals for himself for this coming high school season but he also has already set college goals.

“My goals for senior season coming up is to have 20+ touchdowns and over 1,000 yards receiving,” Thomas emphasized. “My goals for college are to come in and work hard and hopefully start freshman year and break records and just do big things and go to the next level!”

Troy’s quarterback group was shrunk down to just two scholarship players – Gunnar Watson and Quayde Hawkins – when the Trojans exited spring practices, but since that time has added Utah transfer Peter Costelli and incoming Brantley freshman Tucker Kilcrease. In 2023, Troy will also add Sherrod to the mix as he committed to Troy this past weekend, as well.

“I committed to Troy because of the relationship they built with me the first day I started talking to them,” Sherrod told The Messenger. “Coach (Jon) Sumrall was very clear in his vision for the program and where I fit into those plans. The campus was beautiful and the staff made me feel like I was already part of the family.”

The impression that Sumrall and his staff has left on recruits has been a recurring theme since arriving at Troy.

“Coach Sumrall is an awesome guy,” Sherrod said. “I know he is hungry to make Troy a great program and is passionate about developing good players and men.

“He has hired an unbelievable staff. I spent time with (offensive coordinator) Coach (Joe) Craddock and he has a great offensive mind that I feel will help me grow a lot as a player. Coach (Cole) Popovich brings upper level experience form the Patriots, Coach (Tayler) Polk is just a guy that fires you up to be a Trojan. I can’t wait to play for these great men.”

Sherrod is a 6-foot-2-inch, 205-pound quarterback from Memphis, TN that holds offers from Georgia Southern, Western 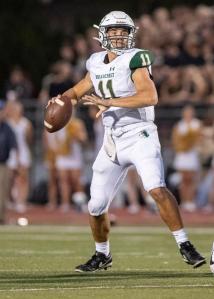 Sherrod earned first-team all-state honors at Briarcrest Christian School this past season, completing 165-of-266 pass attempts for 2,325 yards and 23 touchdowns along with 522 yards and seven touchdowns on the ground. As a sophomore, he also threw for 1,608 yards and 20 touchdowns with 523 yards and four touchdowns rushing. Sherrod also earned Commercial Appeal All-Metro honors last season.

“My goal (for senior year) is to win a state championship, so my personal focus is to be the best leader I can to help make that happen,” Sherrod emphasized. “We were 9-2 last season and have almost all of our offense returning. I believe we can make a run at it.”

Sherrod also plans to bring that championship mindset to Troy next season.

“I want to win championships and bowl games,” he flatly said. “Coach Sumrall and staff have that goal, I think, and I want to become the best football player and teammate I can be to help the program do that.”

Troy also received some positive news last week when one of the top incoming seniors in the Wiregrass, Dale County’s Christian Ross, announced his Top 6 schools, which includes Troy. Ross said via Twitter that he would be choosing between Troy, Mississippi State, Ole Miss, Liberty, Tulane and Memphis when he signs his letter-of-intent.

The six-foot-4-inch, 220-pound tight end/defensive end is rated as a three-star defensive end by Rivals and a three-star athlete by 247Sports. Ross narrowed down his list of choices from offers that includes other schools like Army, Tulane, Arkansas State, Coastal Carolina, Middle Tennessee and Western Kentucky. Ross also said that he plans to announce his commitment before school begins in August.