COLUMN: USFL finishes off 2022 season with a bang 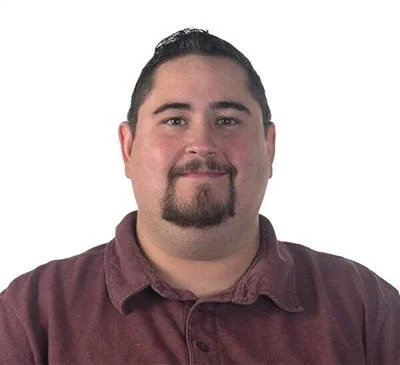 The United States Football League this weekend did something many spring football leagues have failed to do since the early 2000s, complete a season, and they did so with an exciting USFL Championship.

The USFL came into the first season of the rebirth of one of the only successful spring football leagues that ever existed – the original USFL in the 1980s – with a lot of skepticism from fans and critics alike and every week fan attendance and ratings were scrutinized, but through it all season one seems to have been a success.

Spring football has been tried over and over with varying levels of success since the NFL and AFL merged in the 1960s. With the monopoly that the NFL held on professional football in the fall, it was believed the only way to “compete” was to do so in the spring. First, the World Football League (WFL) tried and failed in the 1970s then the original USFL came onto the scene in the 1980s and seemed to have created an alternative that was sustainable. Questionable decisions – like deciding to move to the fall – and questionable ownership led to the USFL’s downfall despite big TV ratings and solid fan attendance.

Since that time, the Arena Football League was created – and had a 32-year run that was extremely successful at times – the XFL started and ceased operations twice, the UFL lasted one season, the AAF wasn’t even able to complete a season and dozens of other leagues were announced only to never even play a game.

The Stallions took home the 2022 USFL Championship on Sunday and with that became the first professional football team in the State of Alabama to win a championship since the Birmingham Americans won the World Bowl in the WFL in 1974. It should be noted, however, that the Birmingham Vulcans seemed to be on track to repeat that feat in 1975 but the WFL folded before the conclusion of the season. The Iron were also one of four teams that would compete in the AAF’s inaugural playoffs before that league also folded before the conclusion of the regular season.

None of those other leagues, however, went as all-in with the State of Alabama as the second iteration of the USFL has.

The City of Birmingham and the USFL reached an agreement that would see the USFL use Birmingham as its “hub” for all USFL regular season games in year one as a cost-saving measure. This meant that the Stallions’ games had easily the highest attendance of any other team, obviously, while the other games were sparsely attended. Attendance, though, wasn’t what the USFL was focusing on.

USFL focused its efforts on TV ratings as live TV, especially sports, has become a premium in modern television advertising. While the USFL’s ratings were nowhere near as high as the original USFL or the NFL, those ratings did match or best other major spring sports including Major League Soccer and in some cases both NBA and MLB games. While ratings for both semifinal games didn’t quite hit a million viewers, the preliminary viewership numbers for Sunday’s championship have the game drawing in more than 1.3 million viewers as one of the most viewed things on TV that night. Attendance for the championship game was also near 20,000.

Even before the solid ratings and attendance for the championship game, FOX Sports CEO Eric Shanks (FOX owns the USFL) confirmed that the USFL would return for season two and would use multiple cities as “hubs” for 2023. Birmingham will remain one of those cities but the USFL will expand to 2-4 hub cities in 2023 and Shanks said that he hoped by year three, all eight teams would be in their home stadiums. That will, no doubt, improve attendance.

Now that year one is out of the way – and at least marginally successful – the fans and supporters of a potential spring football league can celebrate, at least for now. Spring football’s success is not only a success for football fans who long for their favorite sport during the offseason (including myself), it’s also a success for athletes and coaches across the country, as well.

The NFL and CFL only have limited spots for players and coaches – and the CFL even has limits on how many Americans can take up a roster spot – and a successful USFL not only gives players and coaches more opportunities to do what they love for a living, but it also gives the NFL another place for development of young players. All spring leagues since the 1980s have seen players that stood out in those respective leagues go on to make NFL rosters and in some cases even become NFL stars.

It’s extremely unlikely that Birmingham players like Bo Scarborugh, Victor Bolden Jr. and DeMarquis Gates – among others – don’t end up on NFL rosters in the coming months. USFL players from across the league will be popping up on NFL rosters heading into training camp and more than likely, USFL coaches will be getting gigs in both college football and the NFL. Those are success stories that the USFL can be proud of, as well.

The USFL can’t celebrate for too long, however, as next season will see the USFL in direct competition with the third attempt at the XFL. This time around, the XFL is partly owned by superstar actor and wrestling legend Dwayne “The Rock” Johnson, and Johnson lending his star power will be a huge leg up for the twice-failed league. While the XFL plans to begin play in February and the USFL will start play in April, there will still be two months of direct competition between the two leagues. This competition will see the two leagues not only compete over talent but also viewership. How the USFL handles that competition remains to be seen, and Alabama’s presence in professional football likely hinges on it.