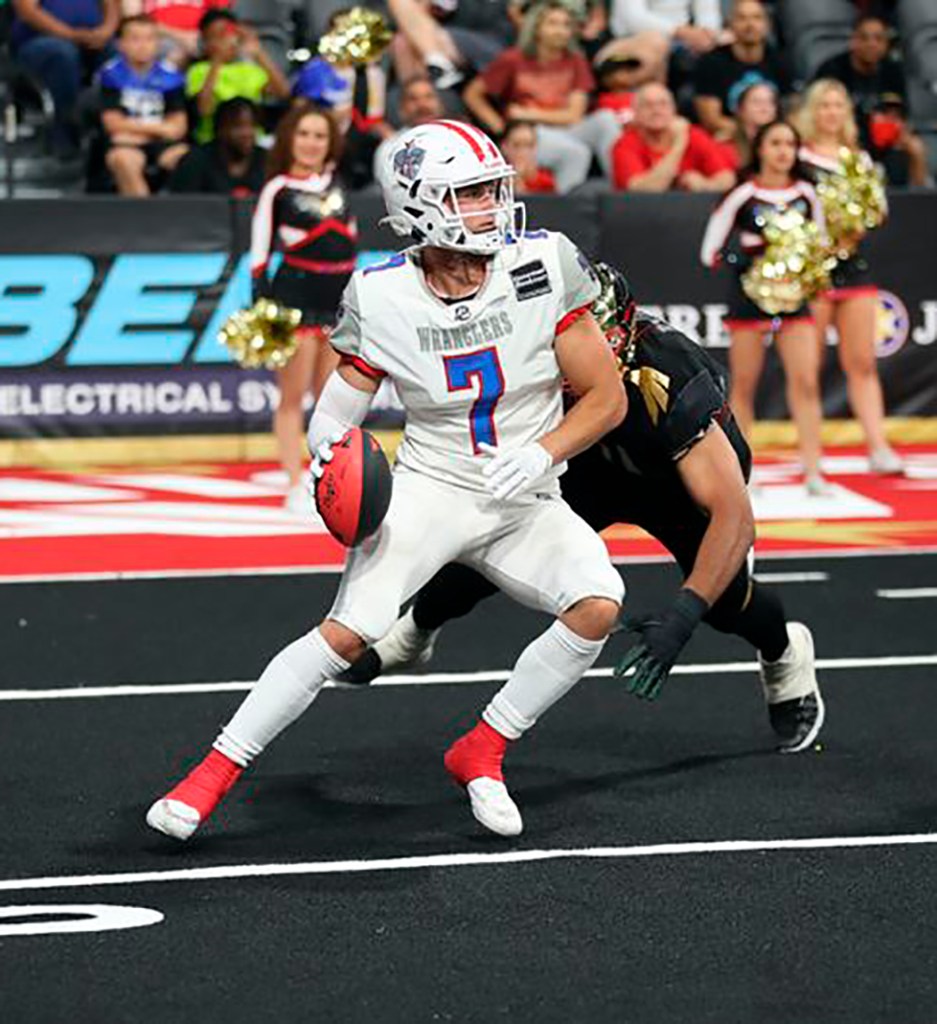 Former Troy Trojan football star Kaleb Barker signed with the Northern Arizona Wranglers of the Indoor Football League (IFL) back in February and has quickly become one of the top quarterbacks in the entire league.

Indoor football is a fast-paced style of football played on a 50-yard field in indoor arenas. Because of the indoor nature of the arenas, fields also have walls surrounding the field and rules that allow receivers to move in a forward motion before the snap. Because of the small nature of the field, each side of the ball has just eight players, typically with the offense featuring three offensive linemen, a quarterback and four skill players.

The IFL features teams from all over the country but predominantly in the western part of the country and Northeast. Some of the teams that play in the IFL were originally part of the AFL, including the Arizona Rattlers and Iowa Barnstormers. 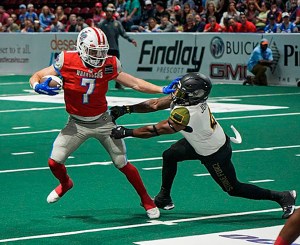 Kaleb Barker is the starting QB for the Wranglers. (Photo courtesy of IFL/Wranglers)

So far this season, Barker has started 13 of the Wranglers’ 14 games and has guided the team to an 11-3 record sitting in second place of the Western Division. With just two games remaining in the regular season, the Wranglers have also clinched a spot in the playoffs.

On the season, Barker has completed 151-of-266 pass attempts for 1,733 yards and 36 TD, while also rushing for 587 yards and 11 touchdowns. Barker’s passing numbers rank him fifth in the league in yardage, yards-per-game and touchdowns, sixth in completion percentage and sixth in QB rating. His rushing totals also rank third in the league.

In week five of this season, Barker exploded to complete 17-of-23 passes for 226 yards, seven touchdowns and 51 yards rushing in a wild 72-62 shootout with the Tucson Sugar Skulls. He followed that performance up with 203 yards and six total touchdowns the very next week. 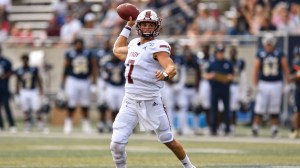 touchdowns. During his entire career, the Decatur native amassed 4,793 yards and 41 touchdowns along with 680 yards and eight touchdowns on the ground.

Barker and the Wranglers will play the Bismarck Bucks on July 8 at 6 p.m. with all IFL games streaming on YouTube at https://tinyurl.com/mr2wdv4k.