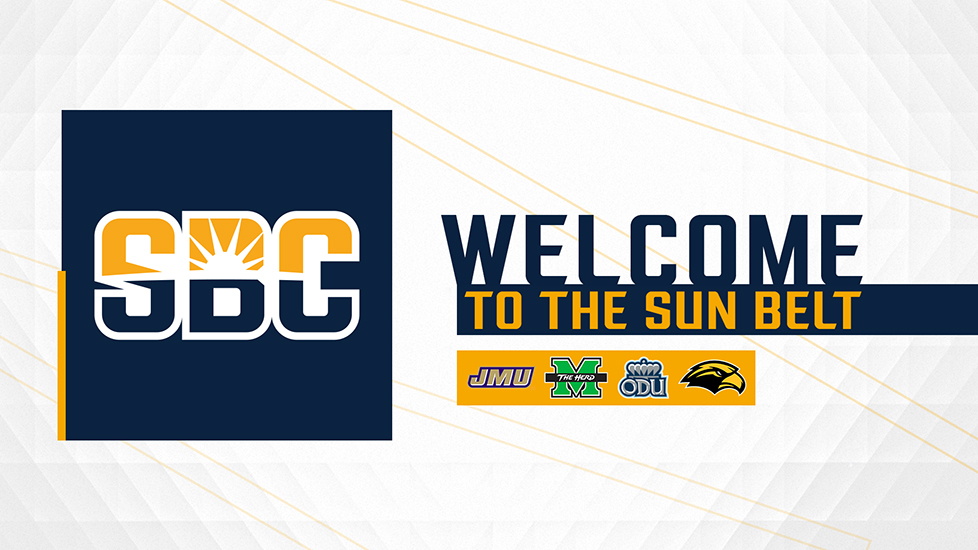 The official begin of the “new” Sun Belt marks the culmination of months of rumors, threats and drama that surrounded the decision for the four schools to jump to the Sun Belt. In 2021, three of the four schools announced they would be entering the conference following the 2022-2023 athletic seasons, while James Madison planned to join in July from the beginning.

Things changed, however, as Southern Miss, Old Dominion and Marshall informed Conference-USA that they intended to also join the Sun Belt by July 1. The C-USA refused to accept the schools’ departure and even released conference schedules for the 2022 football season including the three schools. Marshall University then filed a lawsuit against the C-USA with the conference shortly thereafter agreeing to allow the schools depart for the Sun Belt early. In order to leave the C-USA early, the schools agreed to pay the conference $2 million for the early departure.

“We are excited to officially welcome James Madison, Marshall, Old Dominion and Southern Miss as members of the Sun Belt Conference,” Sun Belt Commissioner Keith Gill said. “This expansion to 14 members – and the regional rivalries it produces – makes the 2022-2023 academic year one of the most anticipated in Sun Belt history and signals the bright future that lies ahead of the conference.”

Old Dominion’s football program began in the 1930s and went on through 1941 when the school eliminated football. Old Dominion then restarted the program in 2007 and officially began play in the FCS in 2009. The Virginia-based school joined the Colonial Athletic Association in 2011 until becoming independent again in 2013 and then jumping to the FCS (Division I-A) in 2014 as a part of Conference USA. During it’s time in the FCS, Old Dominion made two playoff appearances – advancing to the second round twice – and was C-USA East Champion in 2016. Old Dominion has made two bowl appearances, winning the 2016 Bahamas Bowl and losing the 2021 Myrtle Beach Bowl.

James Madison is making the jump from FCS to FBS this season after 40 years at the FCS level and a number of championships. James Madison’s athletic programs have won national championships in football, field hockey, women’s lacrosse and archery.

The Thundering Herd – one of the more storied programs in the Sun Belt now – is joining the Sun Belt after 17 years in C-USA. Marshall was a member of the Southern Conference, alongside Troy for much of the time, from 1977 until 1996 winning two Division I-AA National Championships during that span. Marshall made the jump back up to the FBS level in 1997 as a member of the Mid-American Conference. In total, the Thundering Herd have collected 13 conference championships in football and made 18 bowl appearances in the FBS.

Troy is currently a member of all Sun Belt sponsored sports except for men’s soccer and indoor track and field. It’s unclear if Troy intends to add swimming and/or beach volleyball when the Sun Belt officially adopts the sport.