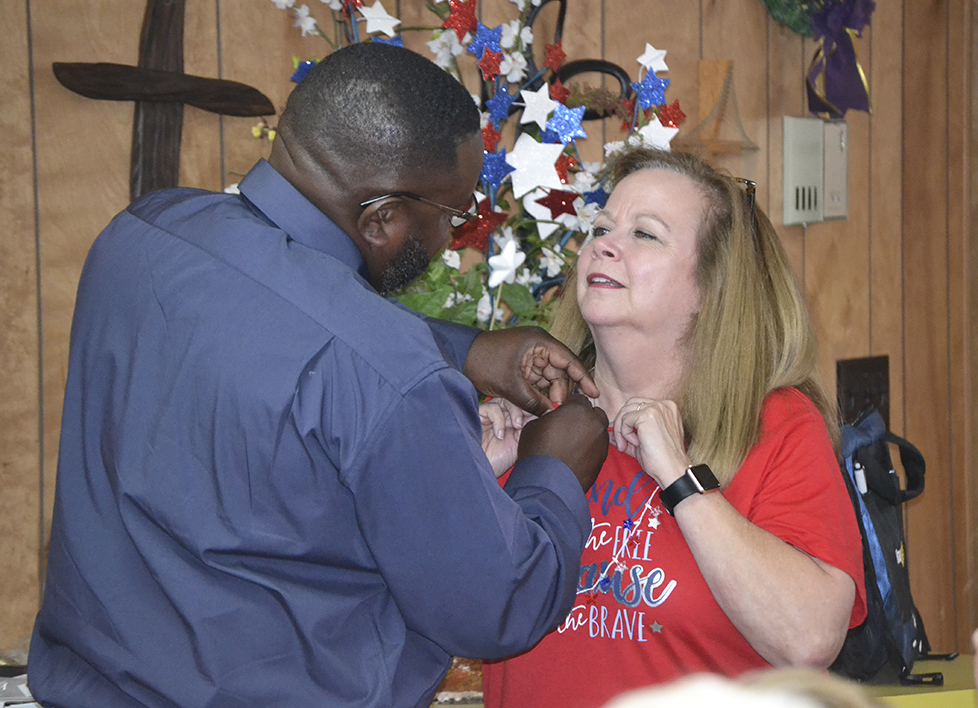 The Brundidge Rotary Club honored one of its members as Paul Harris Fellow Award recipient along with giving out a number of scholarships at Thursday’s annual banquet at Brundidge United Baptist Church to cap off the 2021-2022 service year.

“There are words in her biography that speak so highly of her; involved, serve, serve, studied, specialized, experienced, knowledge, serve, training, serve, active, member, honored. She’s honored to be a member here,” Boutwell’s longtime friend Krissy Pinckard said of her. “You couldn’t pry her out of here on a Wednesday. She’s going to be here serving because that’s what it’s about.”

“This is my right hand and left hand and my crutch and wheelchair,” Blakely said. “She is a president’s best friend and I can’t tell you how much she does for the club. Anyone in this club can tell you that Sandy is a very important part of this club.” 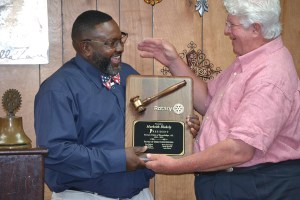 Markeith Blakeley was also elected to serve as President of the Brundidge Rotary for a second straight term. As a result, he was required to give both outgoing and incoming remarks as club president.

“As new president, I strive to do better than the other guy did. I can talk about him now, he wasn’t that good and I’m more handsome than he was,” Markeith Blakely joked. “We plan on having a good, fun year and we’re going to keep this thing rolling and try to do even bigger and better things.” 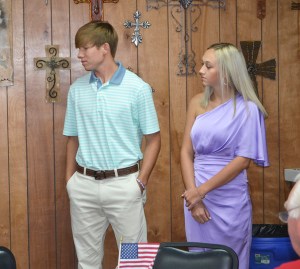 Ariton seniors Caleb Bullock, left, and Shelby Barefoot, right, were two of 12 area seniors to be awarded with college scholarships from the Brundidge Rotary. (Photo by Josh Boutwell)