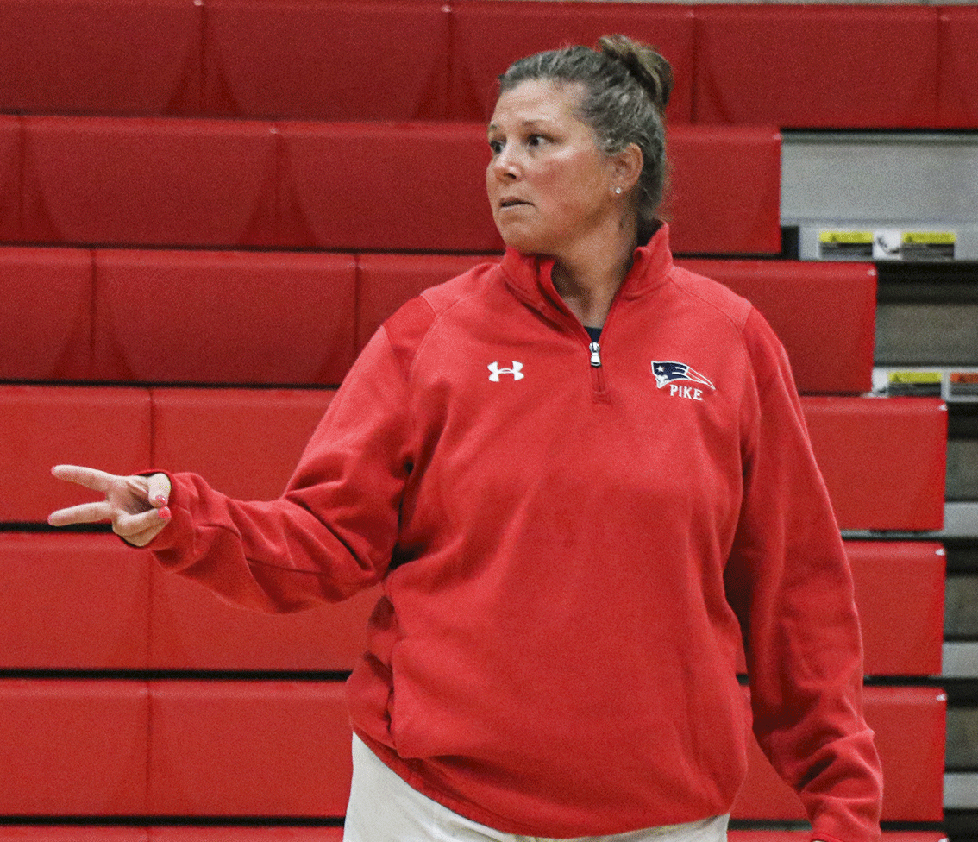 Jones currently also serves as head varsity volleyball coach and was an assistant coach on the boys basketball team last season during their 2021 AISA State Championship season. She’s also a biology and anatomy and physical education teacher at PLAS.

“I am extremely excited and honored to be the new women’s basketball coach at Pike Liberal Arts School,” Jones said in a statement. “I am excited to get to work with our Lady Patriots and get ready for the season.”

“We’re going to play hard and with intensity,” Jones said. “We aren’t going to back down from anyone. We still have a lot of work to do for us to be prepared, but in the end it’s all part of the process to build a great program.”

Jones replaces former head coach Brandon Matthews, who departed PLAS earlier this year to take over as head boys basketball coach at Greenville High School. Jones played basketball and volleyball in high school at Lee-Scott Academy along with being a part of the track and field team and the cheerleading squad. She was the first volleyball coach in school history at Lakeside and helped launch the program there along with coaching both boys and girls basketball during her time there.

Jones inherits a young Lady Patriot team and she said that laying a foundation for the future is one of her goals for the program moving forward.

“I always have said there is so much to learn on the volleyball court, football field, baseball field and basketball court. That’s where you learn some of life’s hardest lessons. I want them to learn and enjoy it and grow form it. I want the girls basketball program to grow. It has a lot of potential, we just have to help it blossom.”

“We are very excited to expand Coach Jones’ role in our athletic program,” Baxley said. “She is very demanding of our athletes, detail oriented and has a genuine concern for all of the student-athletes in our school.

“The recent additions to our coaching staff are taking us in a new and improved direction and we could not be more excited.”

“I am very excited to have Coach Jones continue to work with our student-athletes,” Burkett said. “Coach Jones is a great leader and brings a competitive edge like no one else. I have no doubt that she will lead our women’s basketball team to success, both on and off the court.”