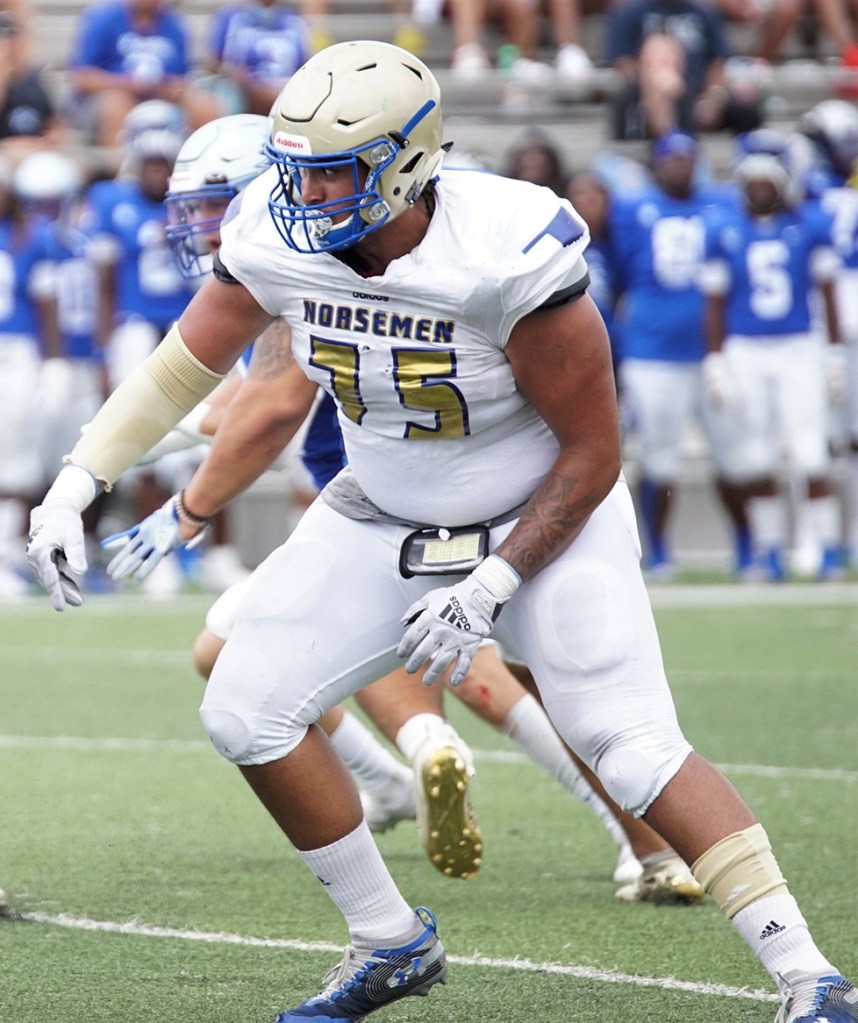 Oklahoma native Kobe Williams is transferring to Troy in the fall. (Submitted photo)

This past weekend, a pair of junior college offensive linemen announced their intentions to transfer to Troy University to continue their football careers with the Trojans.

Northeastern Oklahoma A&M offensive guard Kobe Williams and Palomar College offensive tackle Jonas Woods will both be heading to Troy this fall. Back in May, Troy head coach Jon Sumrall said that he planned to add some depth to the Trojan offensive line during a stop on the annual “Trojan Tour.”

“I chose Troy because it reminded me of my high school team,” Williams told The Messenger. “I felt and saw the brotherhood and the chemistry and the bond that both the coaches and players had with each other. I also feel that they could benefit me the most from a school and a football standpoint, and help me become the best version of myself I can, as a young man and as a football player.”

Williams called the JUCO experience a different one but said it made him grow, as well.

“To say the least, it was different,” he emphasized. “Not in a good or bad way but just different from what I was used to. I loved the grind and grit that it takes to play JUCO ball.

“Yes, technically it’s a lower level but there are some dudes in JUCO and I think that it helped me grow in some areas on the field. To go off that, JUCO is also different because we don’t have as much money or fancy stuff, we just work and try to get out. So, sometimes you start to get in your own head. It’s just about how you push threw and take advantage of every opportunity you get.”

Williams said he’s aware that coaches will expect a lot out of him coming in this fall.

“Coming in as a transfer, I know the coaches are going to have high expectations, which is great because I want to come in and hopefully make a significant impact on the team,” he said. “I want to do everything in my power to make the team better as a whole and I want to go to a bowl game and win conference this season. So, I’m going to do whatever I can in my power to help that happen.” 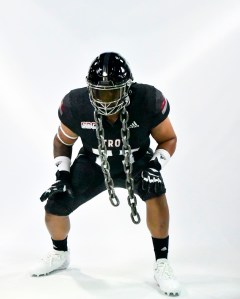 Woods is a 6-foot-4-inch, 285-pound Greenfield, WI native that played two years at Palomar College in California. Woods earned All-County and first-team All-Conference honors following the 2021 season from the Southern California Football Association. Woods earned 28 pancake blocks during the 2021 the season and started at both offensive guard and tackle during his two years at Palomar. Woods held offers from other schools like San Diego State, Buffalo, Arkansas State and Memphis.