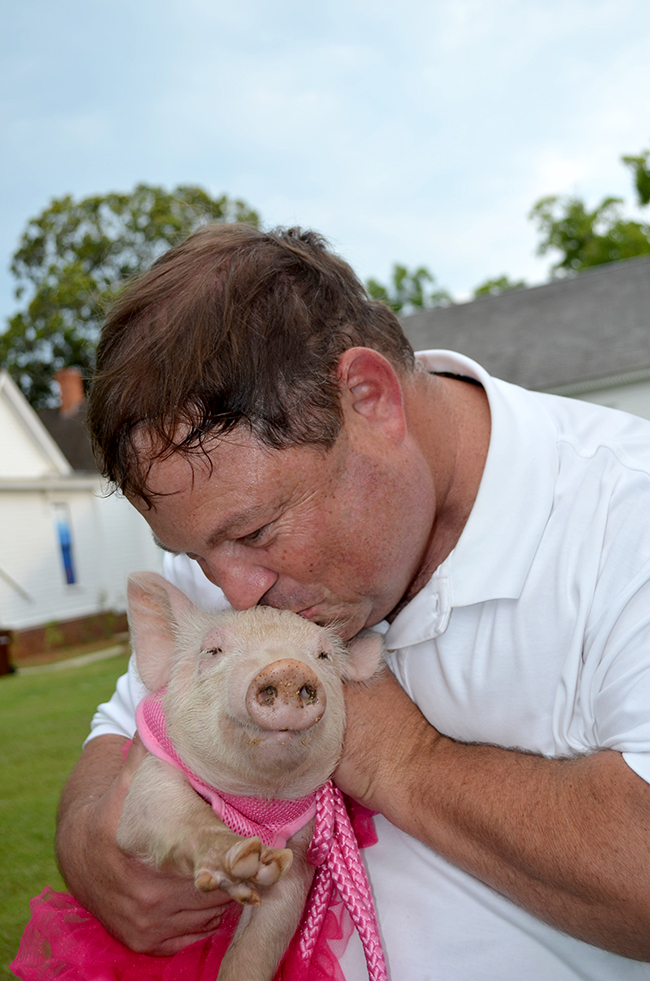 Every event of the Brundidge Business Association’s 2022 Independence Day Parade and Summerfest was a crowd pleaser from the early morning parade to the fireworks show at nightfall.

In between was non-stop entertainment, arts and crafts vendors, festival foods and fellowship. Each event was a main attraction. However, two events, the Cow Plop and the Kiss the Pig Contest were hee-haws!

The Cow Plop featuring Mary Margaret Sneed’s Reba went into overtime and had judges scratching their heads wondering just when?

More than an hour and a half after the clock started ticking, then, seemingly, at the drop of a plop, Reba made Dixie Shehane of Brundidge the winner of $500 in cold cash.

Brain McDaniels, BBA president, said the Cow Plop is a fundraiser for the Brundidge Business Association and will be benefit the projects and programs throughout the year.

Following the Cow Plop event, the winner/loser of the Kiss the Pig Contest was announced and puckered up to Pinkie the Pig.

And the winner is …. Jason Gregory, owner of Premier Dodge in Troy!!!!

McDaniels said the funds raised from the Kiss the Pig Contest will support the Brundidge Rotary Club’s scholarship program.