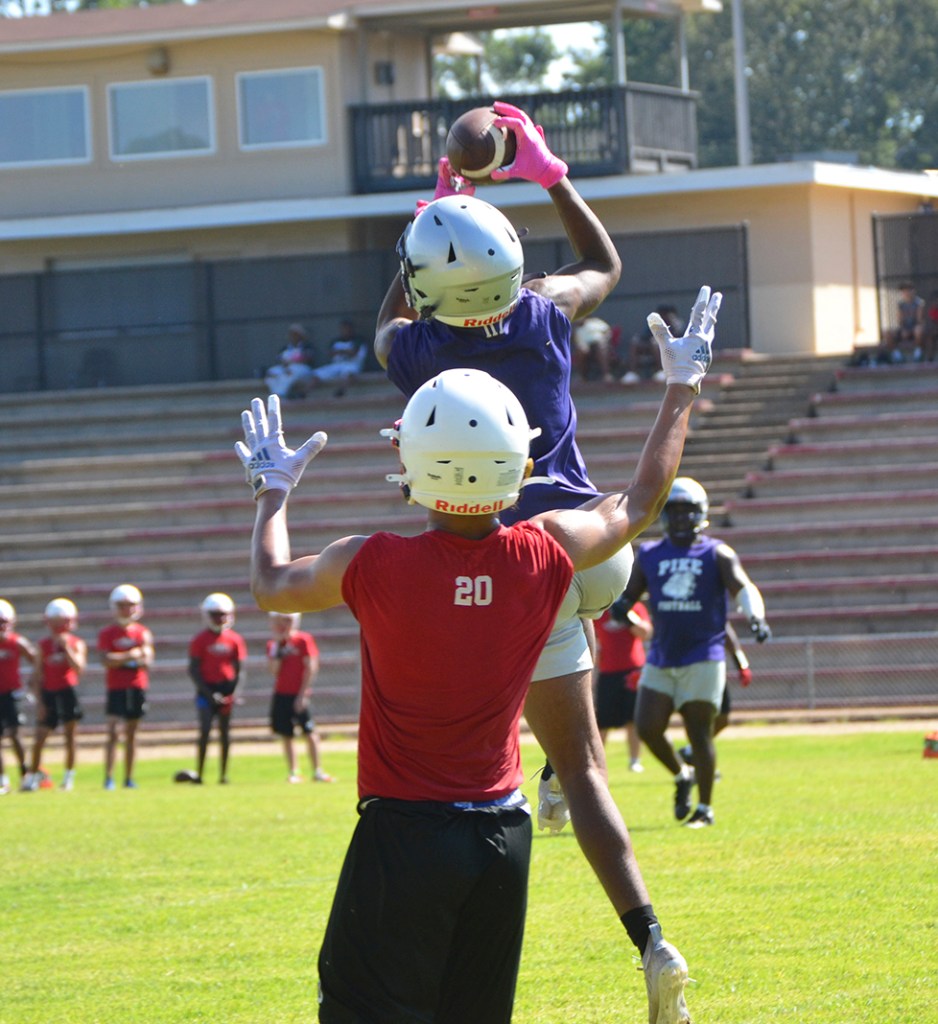 Pike County defensive back Chamarion Brown comes down with an interception during an OTA against Carroll.

The Pike County High School football team has hit the ground running this month with competition days in Tuscaloosa, Auburn and Ozark.

The Bulldogs traveled to Tuscaloosa on June 18 for 7-on-7 competition at the University of Alabama and then headed to Auburn for a 7-on-7 tournament on the campus of Auburn University.

“I think we improved,” Pike County coach Mark Hurt said. “That was the whole purpose, going to compete. We don’t have a lot 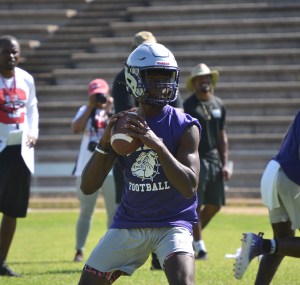 of game experience and we just wanted to go out and compete and look at the speed of the game. I think after the 7-on-7 at Alabama we did better at Auburn.”

On June 28, the Bulldogs headed over to Ozark for an organized team activity (OTA) with Carroll High School. While only the skill players compete in 7-on-7 tournaments, the entire team is able to practice against one another in OTAs, without pads.

“I felt like it was something we really needed, just to be able to practice against someone else and see something different,” Hurt said. “We still have a long ways to go, we have to consistently compete and get better in those types of environments, so that we can learn how to play. We don’t have a lot of that playing experience yet.”

Hurt said the summer is all about getting the Bulldogs better heading into the fall.

“The more work the better. It’s going according to plan,” Hurt said. “This month we had those three main events where we wanted to put our guys in situations where they had to compete and be able to get a lot of reps.

“That was part of it and next month we want to do some more things to make ourselves better. Right now it’s all about getting those reps and learning how to compete.”