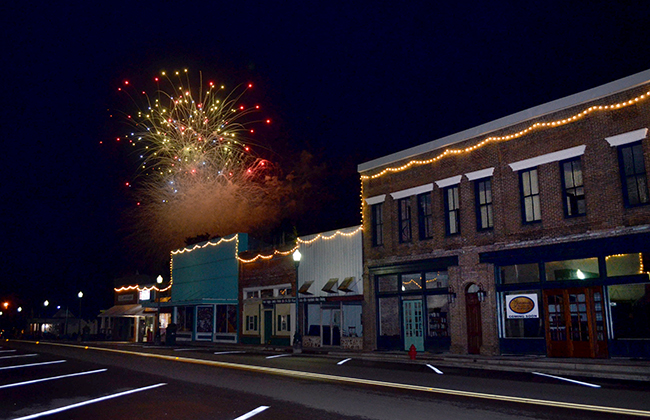 Rain came to Brundidge on Saturday but not in time for the Independence Day Parade.

Brundidge City Manager Willie Wright said the morning parade was one of the largest in the history of the Brundidge Business Association’s parade celebrating American’s independence.

“We were honored to have so many queens from area cities participate in the Brundidge Business Association’s Independence Day Parade,” Wright said.  “We welcomed them to Brundidge as well as all those who participated. It was a great parade with great participation from those who came to enjoy the celebration.”

Wright said the rain was a spoiler and took away some of the crowd.

“But the vendors stayed and we greatly appreciate that,” he said. “The entertainment was outstanding and the musicians stayed throughout. They all said they enjoyed playing no matter how large or small the crowd.  We thank them all for helping make the 2022 Independence Day Parade and Summerfest a success.”

Wright thanked LaTerra Baxter, Miss and Little Miss Brundidge pageant director, for getting the area queens involved and for the queens’ tea following the parade. He also thanked Lynn Sutton for the impressive lineup of entertainment.

Brundidge Mayor Isabell Boyd agreed that although rain put somewhat of a damper on the day’s festivities, Saturday was a great day in Brundidge.

“We got off to a great start with the parade and ended with a bang,” the mayor said. “We were honored to have Retired Army Major Harry Potts as parade grand marshal. Major Potts was the ROTC instructor at Pike County High School and former students and teachers were on hand to visit with him.”

Boyd said the first-ever fireworks show in the City of Brundidge was reason to be excited.

“The fireworks were absolutely fantastic,” the mayor said. “You could see them almost anywhere in town and out on the highway. I am overjoyed.”

“Everybody on the council and all the city workers were on board and the fireworks shows was better than any of us could have imagined,” the mayor said.

Both Boyd and Wright said the Independence Day Parade and Summerfest brought the city’s citizens together and greater strengthen the close relationship that exists within the city.

“In our small town, we are blessed with unity,” Boyd said. “We care about each other and for each other.