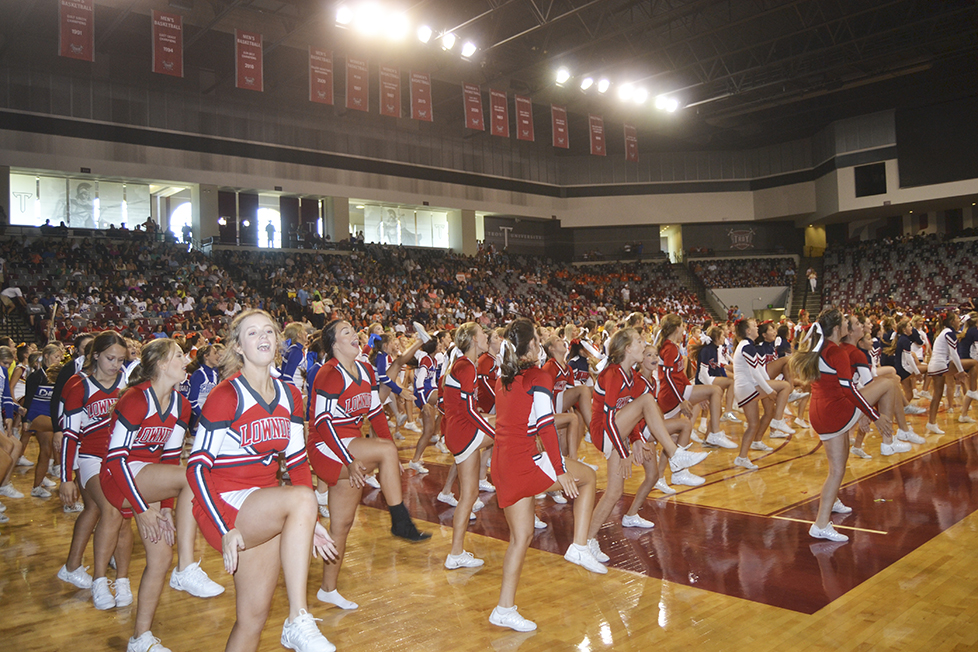 Cheer teams from all over the state took part in the UCA Cheer Camp on Troy University this week. (Photo by Josh Boutwell)

UCA and Troy were host to 43 schools – all in the AISA – at the cheer camp, which saw the squad work on their cheerleading skills all week leading up to a big competition on Thursday. UCA Staffer Jalen Jones was one of the coaches during the camp and he’s also a former Troy University cheerleader.

“It went really good,” Jones said of the camp. “The kids learned a lot of material and worked hard throughout the week. They got to showcase what they worked on from tryouts up until (the competition).”

“Their goal for the camp is to put together a game day scenario, which is band chants and sideline routines, and also a camp routine, which is a couple of eight-counts of dance and eight counts of a pyramid sequence,” Jones said. “From my standpoint, it went really well. A lot of the teams hit their expectations and what they had planned from the start of camp. Some teams may have not hit those expectations but they were still happy with what they put on the floor.”