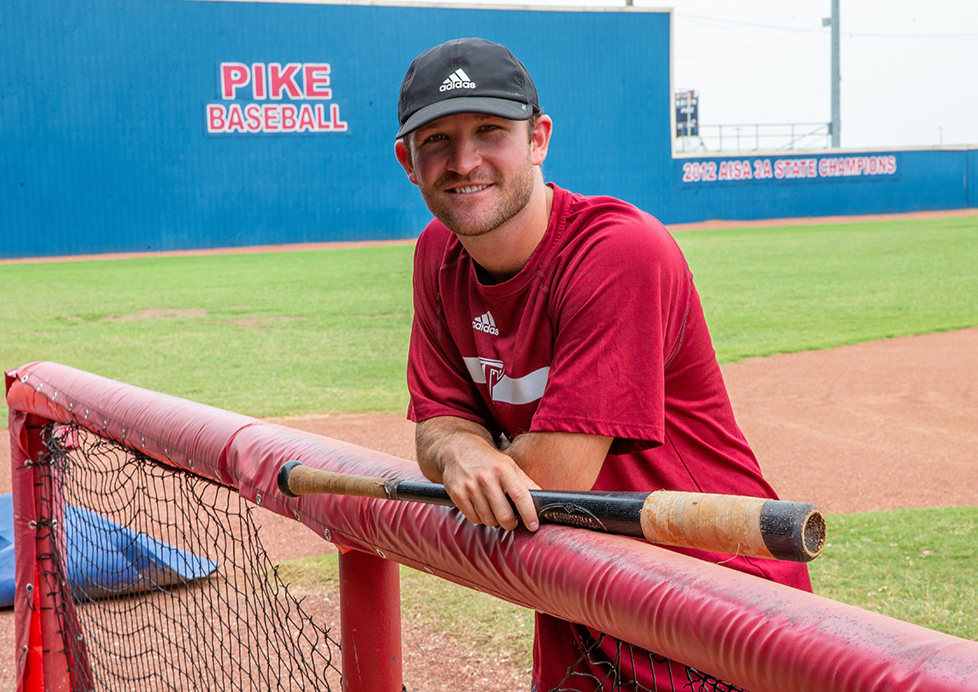 Rush Hixon has accepted a job at Chipola College. (Photo by Dan Smith)

Rush Hixon has been the head baseball coach at Pike Liberal Arts School for the past two years and with that he’s brought two state championships to the Patriots, but on June 23 he made the tough decision to step away to pursue goals he’s set for himself.

Hixon accepted the job as assistant baseball coach at Chipola College, one of the top junior college programs in the entire country, leaving the school and the area he’s called home for the majority of his life.

“It was by far the hardest decision I’ve ever made in my life to leave Pike,” Hixon said about leaving.

Hixon grew up in Pike County and attended PLAS, where he was a star baseball player earning a state championship ring in 2012. As a senior, Hixon boasted a .414 batting average with 25 RBIs and was also a standout on the mound with a 1.27 ERA and 48 strikeouts. He was an AISA all-star in football, basketball and baseball during his Pike playing days. 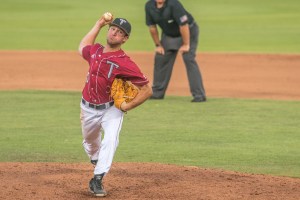 Photo/Jonah Enfinger Rush Hixon delivers a pitch against Duke during the Athens Regional in 2018.

Following a standout high school career, Hixon went on to play at Lurleen B. Wallace Community College in Andalusia for one year and then one year at Central Alabama Community College before transferring to Troy University in 2018. Hixon pitched a total of 99 2/3 innings during his two-year Troy career and struck out 95 batters, while holding a 5-5 record as a starter.

When his playing days were over, Hixon spent a year as a graduate assistant at Troy, where he got a taste for the college game before accepting the position at Pike prior to the 2021 season. Hixon’s Pike teams went a combined 61-10-2 during his two years at the helm and won back-to-back state championships. Despite all the wins, Hixon said it’s the relationships he’s built at his alma mater that made it so difficult to leave.

“We won a lot of games in these past two years but the wins aren’t my favorite memories,” he said. “It was the every day work every single day with the guys and the relationships built with the teams I had.

“That won’t be replaced and that’s what made it so hard for me to tell those guys I was leaving. I love Pike with everything I have. I love the people, I love the administration, I love everything about it. It was just a move that I had to make, it was the right time and the right decision for me.”

Coaching college baseball has been a goal for Hixon from the start of his career.

“I set out some career goals at an early age, I wanted to get to college baseball and then onto a Division I staff at some point, 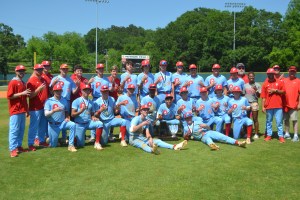 Rush Hixon coached Pike to two state championships as a coach and won one as a player at Pike. (Photo by Josh Boutwell)

and there is no better stepping stone than to join one of the best JUCO teams and coaches in the country,” Hixon emphasized. “It made all the right sense and happened at a good time, while I’m still young, to be able to make this move. It was a career goal for me and a stepping stone for my career.”

Hixon will be joining a Chipola staff under NJCAA Baseball Hall of Fame head coach Jeff Johnson. Johnson has nearly 1,000 career wins in the JUCO ranks and his teams have produced three national championships, 11 NJCAA All-Americans, 18 Major League Baseball players and four MLB all-stars. Chipola attracts the best-of-the-best recruits in the country when it comes to JUCO baseball. While Hixon has aspirations past even Chipola, he said that his focus is on the Chipola and Chipla only now.

“Now that I’m in the college ranks I want to go down to Chipola and get to work and help Chipopla win as many games as possible and sign as many great prospects as we can to continue the winning tradition that has been built there,” Hixon said. “I believe in being where your feet are, and my feet are in Marianna, Fla. now trying to help Chipola win games and build our brand and be as good as we can be.”