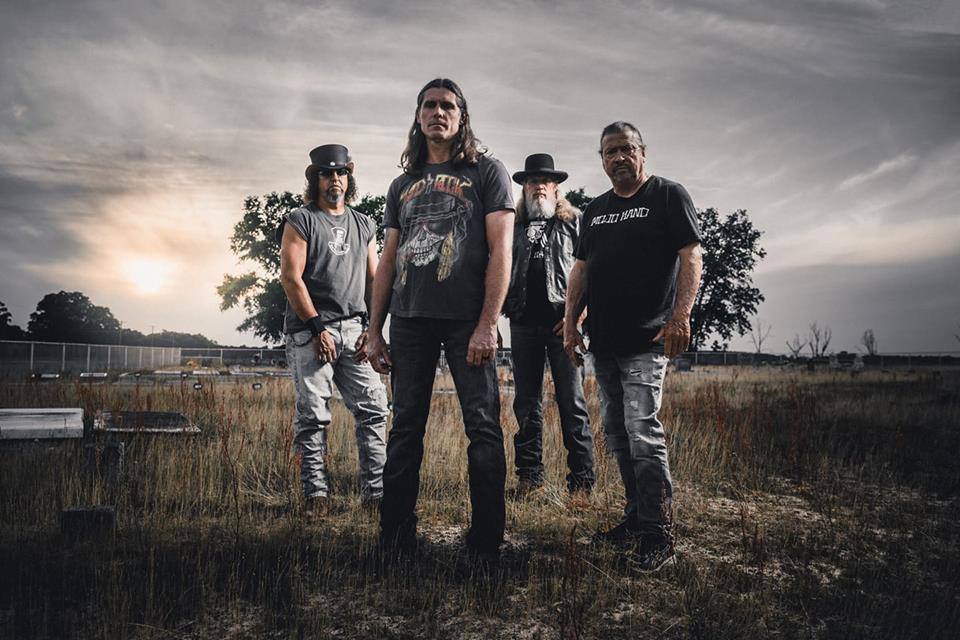 Facebook MoJo Hand will take the stage from 3-5 p.m. Saturday at SummerFest in Brundidge.

When MoJo Hand takes the stage in Brundidge Saturday afternoon, the entire downtown area will be rocking, said Brian McDaniels, president of the Brundidge Business Association sponsor of the Independence Day Summerfest.

MoJo Hand is a Southern Rock Cover Band that plays everything from country to blues to classic rock to alternative rock. The band will be featured at the Knox Ryals Pavilion on the grounds of the historic Bass House from 3 until 5 p.m. Saturday.

Although the band members might appear to be a shade off Lynard Skinard, they are actually local musicians who realized they enjoyed playing the same kind of music and that, together, they are– MoJo Hand.

Drummer Linn Welch explained that the band got its name in a rather odd way.

“Just for fun, we started calling lead guitarist Joe McCall, “MoJo” and it kind of stuck,” he said.

“We thought that was kind of cool and, ‘hand’ just seemed a natural fit so we became MoJo Hand.”

MoJo Hand has gained widespread appeal here at home in Alabama, and in Florida and Georgia while playing at colleges, for dance clubs, at private venues and at bars.

The band plays everything from blues to country to classic rock to alternative.

So, Welch said it would be difficult to say, “I don’t like their kind of music.”

McDaniels said everyone is invited to enjoy MoJo Hand in downtown Brundidge and then gather at Bulldog Stadium for the city’s first Independence Day Fireworks Show as darkness falls.