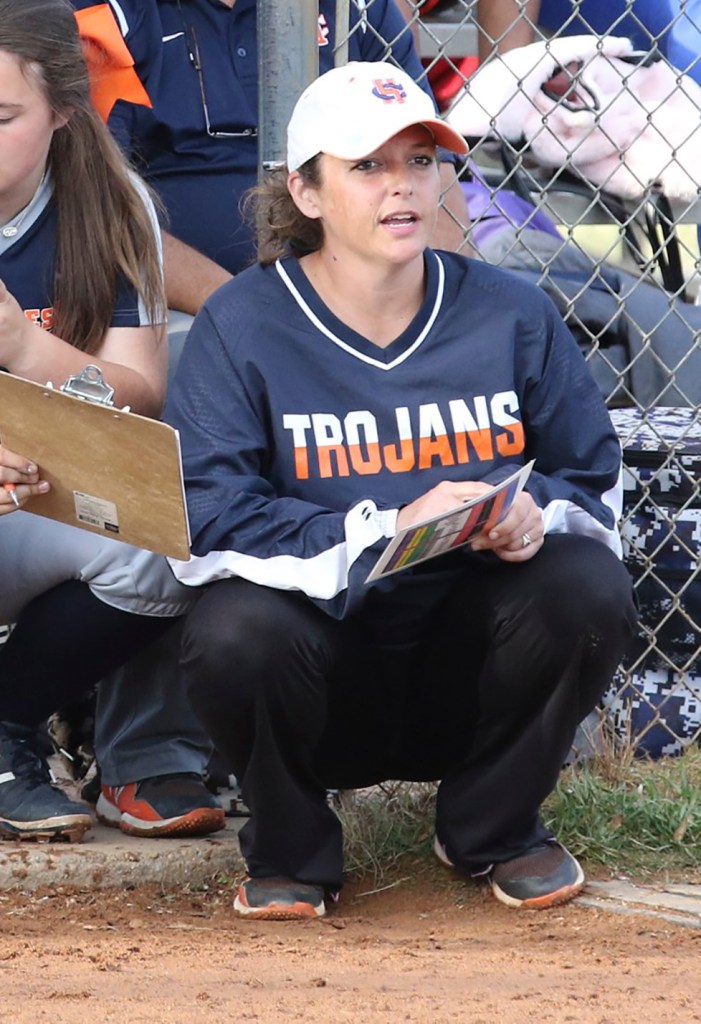 Singleton is a Troy native that was a star softball player at Charles Henderson who earned Dothan Eagle Super 12 honors, first-team all-state and was the Lady Trojans’ Best Defensive Player her senior year. Following high school, Singleton went on to play college softball at Central Alabama Community College and then Webster University in Missouri. At Webster State, she started 74 of her 76 career games there.

Following her college career, Singleton became head softball coach at Clayton High School in Missouri in 2009 before returning to Alabama to coach the softball team at Hooper Academy in 2012. She returned home to Troy in 2013 and coached the Pike Liberal Arts Lady Patriots from 2013 until 2015, earning playoff appearances in each season. She went on to serve as assistant varsity coach and head junior varsity coach at both Charles Henderson High School and then Ariton High School, as well.

Now, Singleton’s career has come full circle as she takes over as head softball coach at her alma mater.

“It’s sort of a Cinderella story for me, it’s my dream job,” Singleton said. “I’m from here and I bleed orange and blue. It’s so cool how God sort of lined it up for me.

“I’ve wanted to have this opportunity for years now and I just couldn’t be happier. I really enjoyed my time at Ariton the past three years but being at home is special.”

Singleton is aware that the 2023 Lady Trojans will be playing without five leaders from the 2022 team that will be playing in college but is confident that there is still plenty of talent at Charles Henderson.

“I know we’ve lost five really good seniors and it will be sort of a rebuilding year but we definitely have some talent coming back, for sure,” she emphasized. “So many coaches in this program helped make me passionate about the game and that’s what it’s really about. It’s about sharing the love of the game to the girls.

“I want to give them, the next generation of girls, that same love of the game that I have. I want them to be passionate about it and I want it to be like it was here before, going to state together every year. I know the program is in a good place right now and we want to continue that and continue growing it and building it.”

Singleton played her high school career at CHHS alongside Clair Goodson, who is now the head softball coach at Enterprise State Community College, and her connection to the Goodson family goes deep. Goodson’s father, Jerry Goodson, was a longtime successful coach at both Ariton and Charles Henderson. Jerry Goodson was an assistant coach under Steve Haug when Clair Goodson and Singleton played at CHHS. Jerry Goodson’s brother is currently an assistant coach at Ariton under his daughter Haley (Goodson) Barefoot, who Singleton also spent the past three years coaching alongside.

“(Jerry Goodson) has been one of my mentors and I’ve been leaning on really all of them for advice and what to do,” Singleton said. “They are all such good people. Jerry has been at (both Ariton and Charles Henderson) and has taught me a lot and has been there for me. Whenever I have coaching questions or softball advice they’re all there for me.”