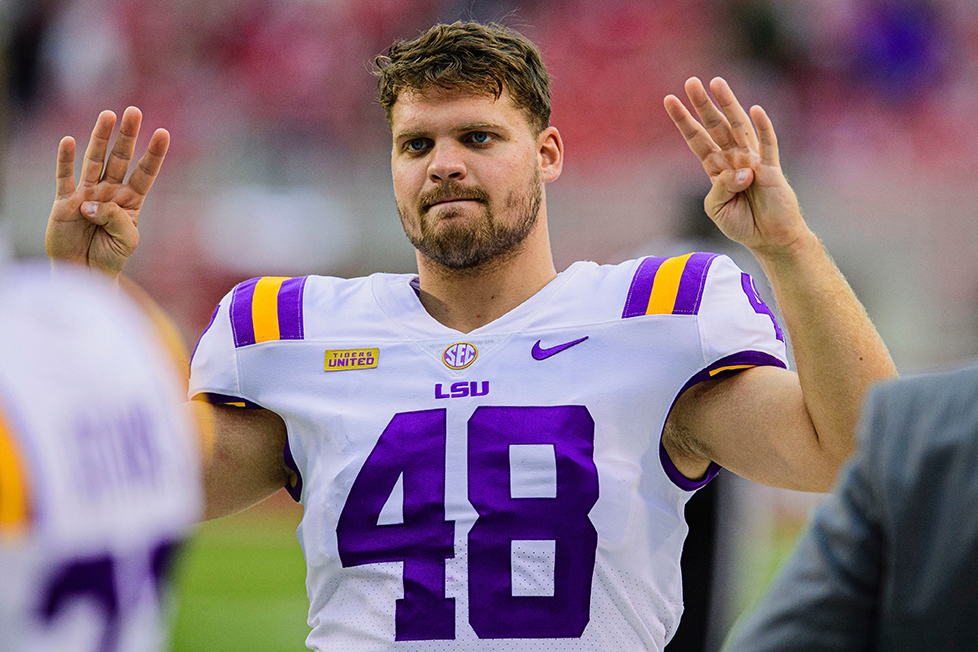 Quentin Skinner, who started in 23 games at long snapper for LSU, is transferring to Troy. (Submitted photo)

The Troy Trojans will be getting some help on special teams as LSU long snapper Quentin Skinner announced on Friday that he would be transferring to Troy.

In his three seasons with the Tigers, Skinner played in 23 games including starting all 10 games in 2020 and 12-of-13 of games in 2021 as the team’s long snapper. Skinner was the No. 2 rated long snapper in the entire country coming out of high school. The Buford, GA native was a first-team all-state snapper at Buford High School and played in the 2019 All-American Bowl, as well.

Skinner’s addition to Troy fills a pretty sizeable hole left at the position after Troy’s All-American long snapper Cameron Kaye graduated last season and is now playing in the NFL. Kaye started every single game in his Troy career at long snapper, never missing a game from 2017 until 2021.