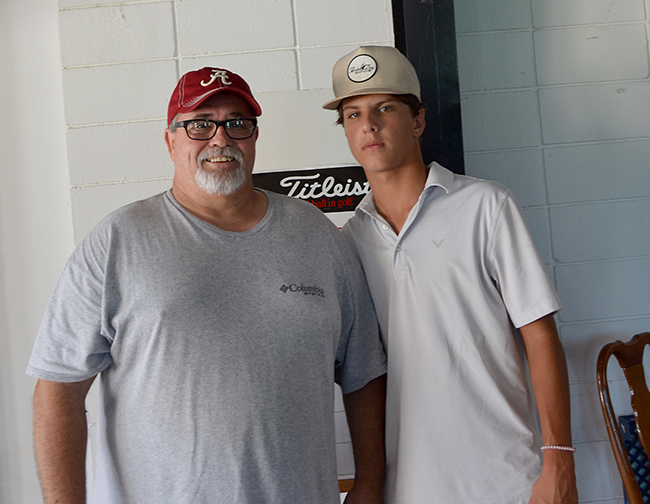 Jimmy King and Braden Prestwood took first place in the 14th Annual Douglas Botts Memorial Tournament at Brundidge County Club on Friday.  The tournament is sponsored by the Brundidge Rotary Club in honor and remembrance of Douglas Botts, a club past-president and a longtime secretary/treasurer. Botts was also a player and lover of the game of golf.

“The tournament honors Doug and is also a fundraiser for our Rotary Club’s scholarship program, which he strongly supported,” said Cot Wallace, Rotarian and tournament chairman. “We congratulate the winners and thank the players and those who worked to make the 2022 Douglas Botts Memorial Tournament a success with a full roster of 36 players and 18 teams.”

The winning twosome of King and Prestwood shot a four-under par in the two-man scramble. However, they were challenged by Robert Ellis and Michael Davenport for the prize and the year-long bragging rights.

Third place honors were awarded to Chuck Dickert and his sister Blake Rhodes.

Special awards were presented to Branden Prestwood for the longest drive on hole number five.