Groundbreaking for veterans home in Enterprise set for Friday 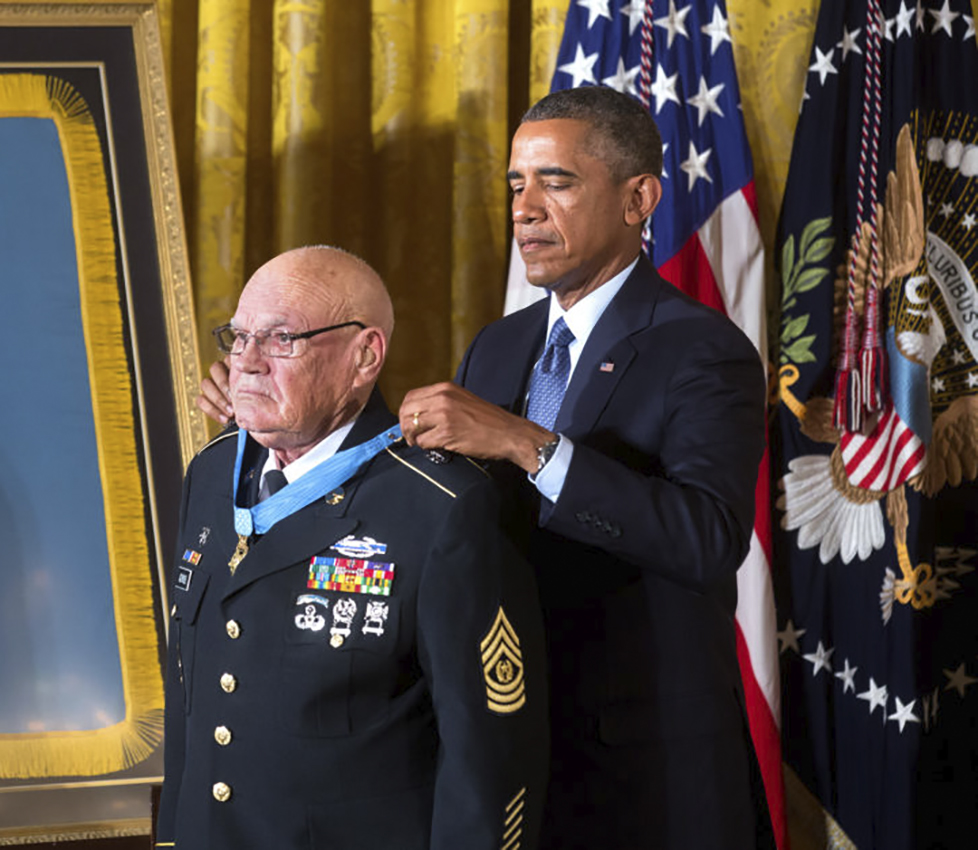 Adkins, an Oklahoma native, was drafted into the military in 1956 and volunteered for Special Forces in 1961, serving with Special Forces for more than a decade. During that time he was deployed to Vietnam on three different tours during the Vietnam War.

He became most well known for his actions during a 38-hour close-combat battle with the North Vietnamese Army in 1966, his second tour of Vietnam, during the Battle of Shau. Adkins served as a sergeant first class as an intelligence sergeant at the time when a large North Vietnamese and Viet Cong force attacked his camp. According to the U.S. Army, Adkins ran through enemy fire to man a mortar position and continued to fire on enemy combatants despite incurring multiple wounds as the mortar pit he was in received several direct hits from the enemy’s own mortars. 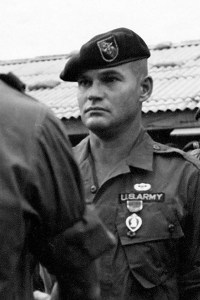 After learning that a number of his fellow soldiers were wounded near the center of camp, Adkins turned the mortar over to another solider and ran through enemy fire once again and drug several of his comrades to safety. Adkins also exposed himself to sniper fire as he carried wounded soldiers to the camp’s dispensary.

At one point, Adkins even ran outside the camp to draw fire away from a seriously wounded American soldier to allow for his rescue. As the attacking forces continued their assault on the camp into the morning hours of the second day, Adkins was the only remaining American soldier still able to fire a mortar weapon. After all of his mortar rounds were expended, Adkins continued to lay down rifle fire against enemy combatants, while also receiving more wounds.

Adkins continued to hold off enemy combatants with small arms fire before he and a small group of soldiers destroyed all signal equipment and classified documents in the camp after being ordered to evacuate. Adkins and that same group of soldiers carried the wounded to an extraction point only to find that the last helicopter had already departed, according to the Army.

Adkins proceeded to lead the group through the jungle and managed to evade enemy combatants until being rescued by helicopter. According to the Army, Adkins is estimated to have killed between 135 and 175 enemy combatants during the Battle of Shau, while sustaining 18 different wounds in the battle.

As a result of his heroism in the battle, he was awarded the Purple Heart, Bronze Star Medal and the Distinguished Service Cross. In 2014, Adkins was also awarded the Medal of Honor by former U.S. President Barack Obama and was inducted into the Pentagon’s Hall of Heroes. 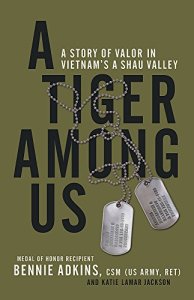 After Vietnam, Adkins continued to serve in the military and led training at Fort Sherman’s Jungle Operations Training Center for a number of years before ultimately retiring in 1978. He went on to earn his bachelor’s degree and two Master’s degrees from Troy University before opening his own accounting company. He also taught courses at both Southern Union Junior College and Auburn University. Adkins went on to write a book based on his experience during the Vietnam War in 2018 called “A Tiger Among Us: A Story of Valor in Vietnam’s A Shau Valley.”

In 2017, Troy University Chancellor Jack Hawkins Jr. awarded Adkins with an honorary doctorate of law. Sadly, Adkins was hospitalized due to complications with COVID-19 in March 2020 and passed away on April 17, 2020.

The veterans home built in Enterprise will be approximately 182,000 square feet and will be able to house 174 residents. The home is also expected to provide jobs for more than 200 people in the Wiregrass. The groundbreaking will be held on Friday at 10 a.m. at the corner of Dozier Highway and Alabama Highway 51 outside of Enterprise.