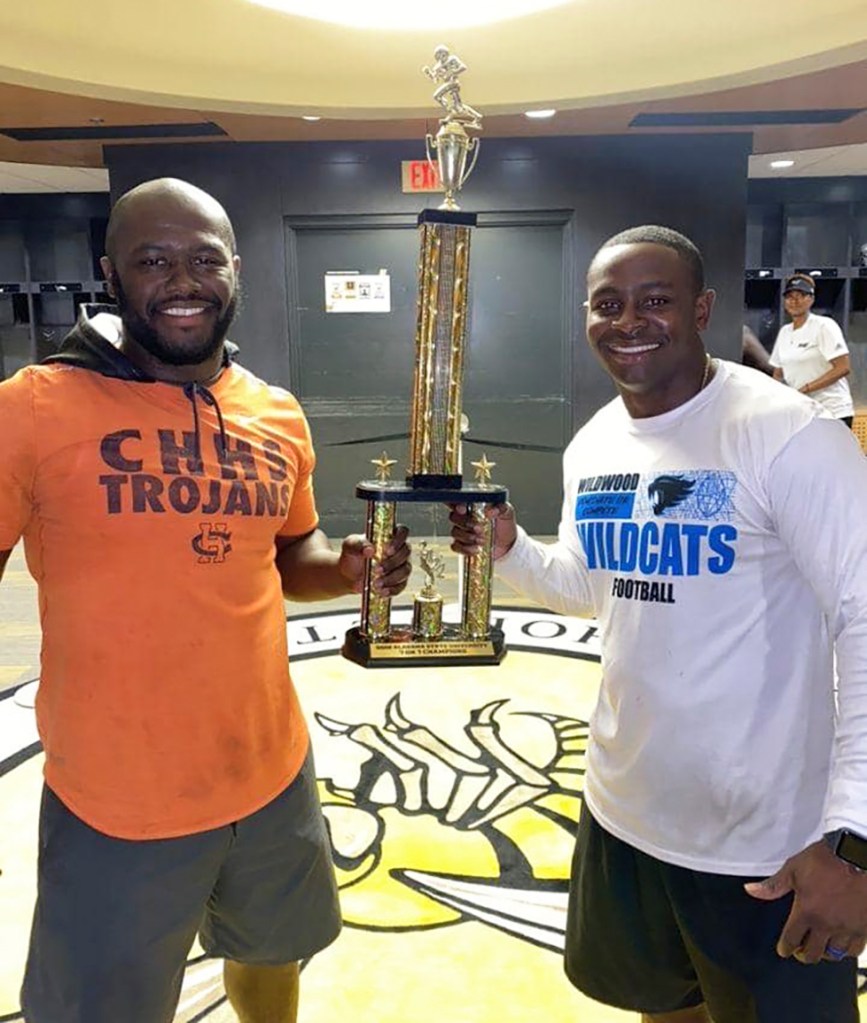 Charles Henderson football finished as co-champion of the Alabama State 7-on-7 Tournament on Tuesday. (Submitted photo)

Both the Charles Henderson High School football and basketball took part in competition days on Tuesday and both enjoyed success in those competitions.

After going just 1-3 in pool play, the Trojans got on a hot streak. Charles Henderson knocked off Carver-Montgomery in the first round of the elimination bracket and then bested Park Crossing in the semifinals. Charles Henderson faced off against Wildwood High from Florida in the championship round and held the lead before weather caused the game to be delayed and then called off, meaning Charles Henderson and Wildwood were declared co-champions. The Trojans also managed to finish as co-champions despite a number of starters being unavailable to compete in the tournament.

“That’s what I was saying about resiliency (last week),” Hambrite emphasized. “We were missing (starters), missing some of our top guys, guys that will definitely be playing on Friday nights.

“We had to play some more young guys and some (junior varsity) guys to fill in those spots. For us to be able to make it that far, in the championship game, without some of, in my opinion, the best players in (Class) 5A showed us that if we need to make plays we’ll make them. We developed a lot of depth in this 7-on-7.”

A number of the players that were unable to compete in the 7-on-7 tournament were over at Trojan Arena taking part in a team basketball camp at Troy University.

“Some of our guys were busy over there going undefeated,” Hambrite said with a laugh. “When you have a sports program where multiple teams are having success that says a lot about your program and it’s definitely a great thing.”

The Trojan basketball team went 5-0 at the Troy University Camp after going just 1-2 at another camp at Auburn University just a few days prior.

“Considering we went 1-2 at Auburn a few days before, I thought (the players) did a good job of regrouping and focusing on what we were trying to do and playing together,” CHHS basketball coach Tim Fayson said. “We have some new guys that have come over from Pike Lib and getting them acclimated to what we’re doing is really what this summer is about.”

At the Troy camp, the Trojans bested New Brockton, Eufaula, Mainland High (Fla.), Bainbridge High (GA), Bay High (Fla.) and Valley to go undefeated. After playing without some starters at the Auburn camp, the Trojans were able to get some of those players back and get the team back on track at Troy.

“The first couple of games at Auburn were challenging playing without two starters but we were able to come back at Troy and we had a good few days of practice, too,” Fayson said. “We got some of our guys back in the lineup and I thought we really played really well (at Troy). We played some really good competition and we beat some really good teams.” 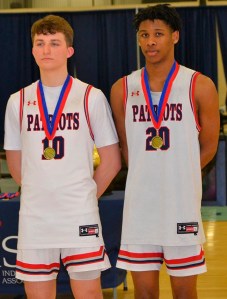 Those new players that are now wearing Trojan jerseys consist of All-State players Mario Davenport and Austin Cross. Both Davenport and Cross were star players for Pike Lib’s past two state championship-winning teams and Cross was named The Messenger’s Male Winter Athlete of the Year following his junior campaign. Davenport will also be playing on the football team.

“I was really proud of the way they integrated themselves (into the team) and how our guys have embraced them and how easy it’s been to play with them,” Fayson said of the new players. “What they bring to the team and what those guys can do has been really great for us.”