Wiregrass Amphitheater prepares for a night of rock tributes 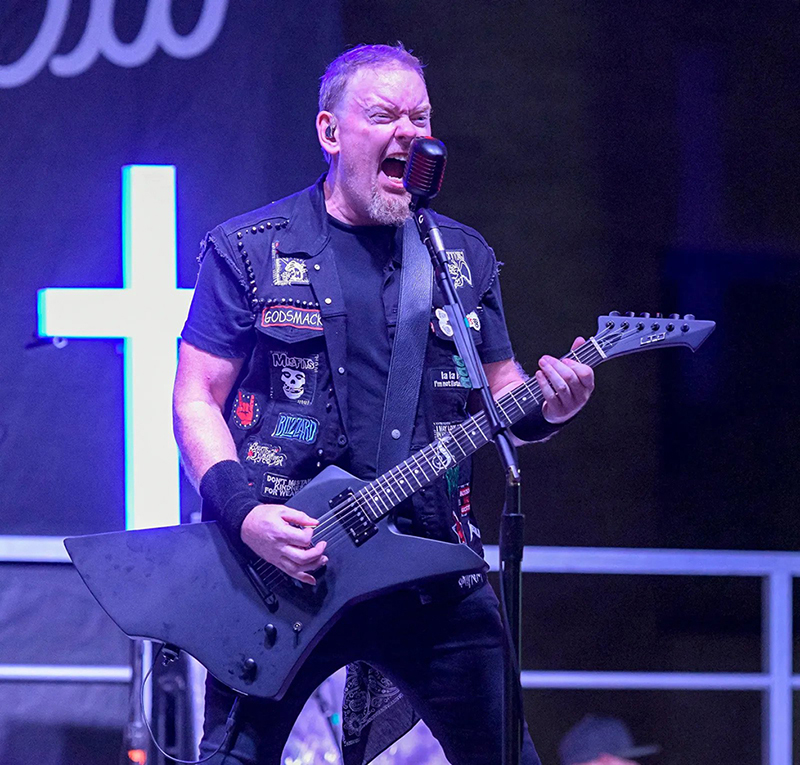 Metallica tribute band Hardwired will be playing at the old Christmas City in Ariton, now called the Wiregrass Amphitheater, this weekend. (Submitted photo)

The new Wiregrass Amphitheater in Ariton is gearing up for a big night of rock music this Saturday, June 18, with “Titans of Tribute.”

“These are not just cover bands playing someone’s tunes wherever,” Wiregrass Amphitheater Director Scott Martin said. “These guys are dedicated to paying tribute to their bands and that’s all they play and do. They’re true tribute bands.

“The look, the sound, the stage presence and the whole show is a tribute to those bands. It’s becoming its own entity because, let’s be blunt, as the original members of those bands die off or get too old to tour and perform these tribute bands are bringing that music from the 70s, 80s and 90s back. You can come see these shows for $30 instead of $300 and sometimes it’s a lot more fun because of that.”

Joining NightTrain International and Hardwired will be Ozark band Rock Mob, which has played all over the country, along with a number of local opening acts, as well. The concerts begin at 3 p.m. with opening acts before Rock Mob comes on stage at 5 p.m. Advanced tickets for “Titans of Tribute” are $25 and will be $30 at the gate. Wiregrass Amphitheater also has a full restaurant and bar on site and primitive camping and RV camping slots are also available.

The Wiregrass Amphitheater and Ariton Event Center is located at the old Christmas City in Ariton. (Submitted photo)

The Wiregrass Amphitheater and Ariton Event Center is located in Ariton at the site of the old Christmas City, which is now become known as “Alabama’s Concert City.” Martin has managed to bring soul bands, gospel singers, bluegrass bands and other rock bands to the amphitheater so far this year, and plans for it just continue to expand in the future.

“We have another tribute band coming in July 30 that’s going to play Alabama, The Eagles, Lynrd Skynrd and Kid Rock,” Martin said. “This fall we’ll have tribute bands for Queen and Journey, another bluegrass weekend and another blues show, too.

“This year has been kind of the start of everything for us and next year we plan on having a concert out here every weekend. I joke about it all the time, that we have our own little town out here. That’s where the name, ‘Alabama’s Concert City’ comes from. This isn’t just some cow pasture out here.”

The Wiregrass Amphitheater and Ariton Event Center is located at the old Christmas City in Ariton at 4507 County Road 72. Advanced tickets can be purchased online at, https://www.eventbrite.com/e/titans-of-tribute-tickets-337386099907.