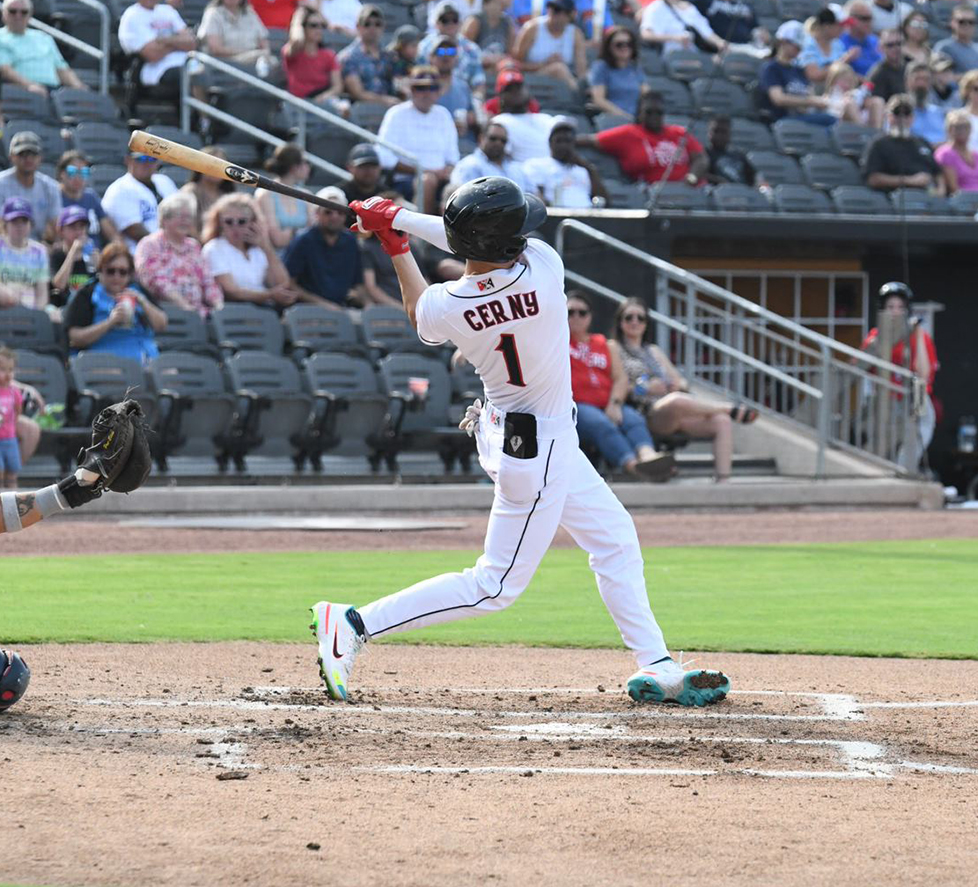 Former Troy Trojans baseball star Logan Cerny had a stellar week last week for the Houston Astro’s Single-A affiliate Fayetteville and, as a result, won Player of the Week honors.

Cerny ended the week with a .476 batting average with two doubles, three home runs, 13 RBIs and three stolen bases in five games. Due to his stellar performance during the week, Cerny won both Future Astros Player of the Week and Carolina League Player of the Week honors.

Cerny saved his best performance for last as he drilled a go-ahead grand-slam home run in the seventh inning that proved the difference in Fayetteville’s 6-2 win over the Delmarva Shoebirds on Saturday night. 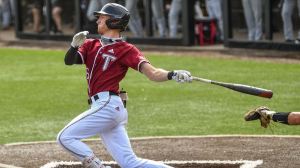 Cerny was a star player for Troy before being drafted by the Philadelphia Phillies in 2021. (Photo courtesy of Troy University Athletics)

Cerny was a standout at Troy following a stellar high school career at Parkview High School in Georgia. Cerny earned All-Sun Belt and All-District first-team honors in 2021 after boasting a .332 batting average with 17 doubles, four triples, 15 home runs and 47 RBIs during his final Trojan season. He led the entire Sun Belt in slugging percentage, doubles and triples, while his home runs and total bases ranked second in the conference.

Following the 2021 season, Cerny was selected in the 10th round of the MBL Draft by the Philadelphia Phillies. Cerny spent his rookie season with the Clearwater Threshers in Single-A and the FCL Phillies in the Rookie League, both of which are minor league affiliates of the Phillies. He finished off his rookie year with a .200 batting average and following the season was traded to the Houston Astros and has played this season with the Astros’ Single A affiliate Fayetteville Woodpeckers.

This season, Cerny has belted 10 home runs with 35 RBIs and 19 stolen bases thus far and currently holds a .246 batting average. Cerny is ranked as the No. 24 overall prospect in Houston’s farm system.