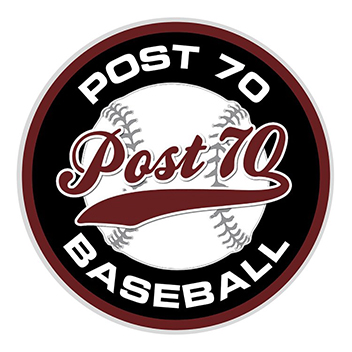 The Troy Post 70 summer baseball program traveled to Albertville to compete in the PBR Alabama Open.

The Post 70 15U squad went 3-1 during the tournament, just missing out on the championship bracket. Post 70 knocked off the Southern Indiana Spikes by a score of 6-5 in the 15U’s final game of the weekend. Pike Liberal Arts’ Kade Brookins went 2-for-3 with a home run, four RBIs and one run in the win. In total, Brookins went 3-for-8 at the plate on the weekend with two homers, including a grand slam. He also pitched five and 1/3 innings, giving up just one hit. Headland’s Bryce Gover also had a big weekend, going 5-for-10 at the plate and giving up just three hits along with earning five strikeouts in four innings pitched.

The 17U squad also went 3-1 at the PBR Alabama Open, falling to the Diamond USA Travel Ball team based out of Tennessee in the final game of the weekend. Greenville’s Christian Hill, Enterprise’s Brady Richardson and Headland’s Mason Steele all earned a hit in the loss. Richardson also pitched three and 2/3 innings with six strikeouts, while giving up nine hits and three earned runs.

In total during the weekend, Pike Liberal Arts sophomore Will Rice pitched three innings and gave up no hits or runs along with striking out six batters for the 17U squad. So far this summer, he’s pitched 11 innings and mowed down 23 batters with a .636 ERA. On the weekend, Steele went 6-for-11 at the plate and Hill went 5-for-9. Pike’s KC Bradford also went 2-for-4 at the plate over the weekend.

The Troy Post 70 19U team also traveled to Ozark to compete at the Alabama Showcase, which is part of the Alabama State Games, on Saturday. The 19U team opened up with a 6-1 win over the 850 Express 18U team. Headland’s Tanner Taylor went 2-for-3 at the plate with a double and two runs in the win, while Pike Lib’s Darryl Lee also earned a double and a run. Pike’s Pres Jefcoat pitched two innings and fanned three batters, while giving up no hits or runs.

The 19U team followed up with a 10-1 win over SOPRO-Watkins later in the day. Rehobeth senior Shelton Arroyo hit a home run in the win, while Enterprise’s Will Powell earned a double. The 19U squad then wrapped up the weekend with a 9-5 loss to the North Florida Black Sox on Sunday. Opelika star, and Troy commit, Brooks Bryan hit a three-run home run in the loss, while Lee hit a triple and scored two runs. The loss was the first 19U loss of the summer, bringing its record to 7-1 so far.

The 19U team is back at home in Troy for the Father’s Day Classic this weekend, beginning June 17. The 15U and 17U teams play next at the Showcase Series on the campus of Gulf Coast Community College in Panama City, Fla. this weekend.