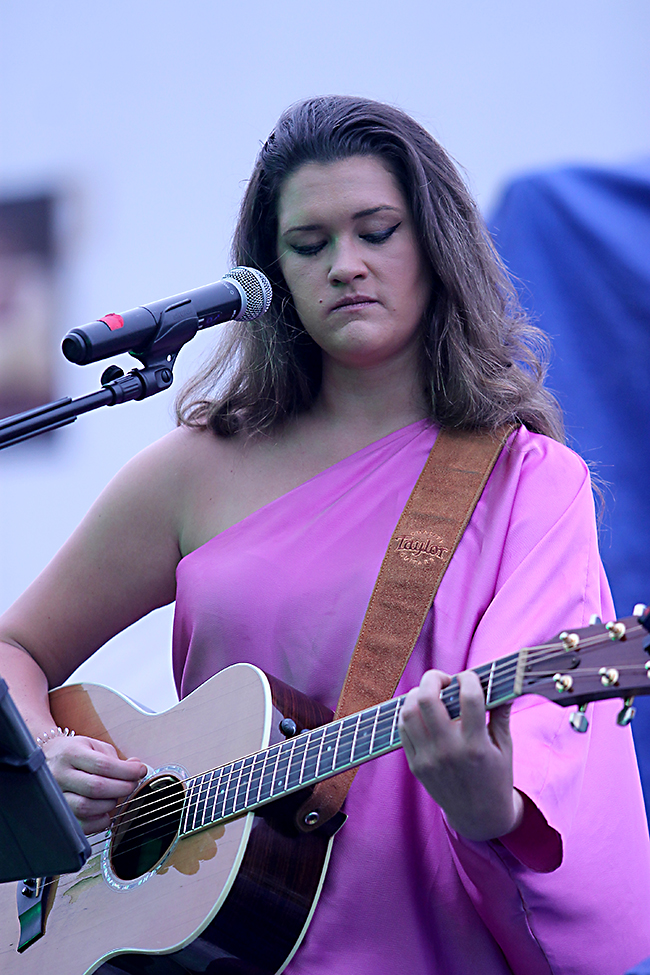 Huck Treadwell | The Messenger Cameron Dubois was able to get her set in before rain forced the cancellation of the The Food Truck and Music Festival Friday night.

A sudden, summer heavy rain caused the cancellation of The Food Truck and Music Festival on the square in downtown Troy Friday night. Cameron Dubois, who sings soul and country music opened the festival at 5 p.m. but the inclement weather brought the curtain down on CashBack, a Johnny Cash tribute band, and Carson Carlisle, a Top 40 country music band. The Food Truck and Music Festival was sponsored by the City of Troy and the Troy Arts Council. Dave Camwell, TAC president, said the TAC will work together with the band and city to hopefully reschedule for another event in the early fall. Some official news should be available in July, or perhaps earlier.