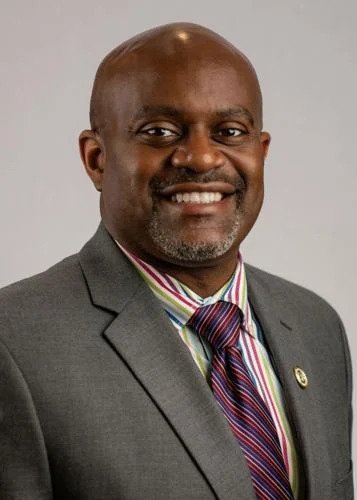 Fleming is a Dothan native, and graduate of the old Dothan High, but is no stranger to the Pike County area. He played football and graduated from Troy University and served as a teaching intern at Pike County Schools while in college.

“After this past season ended in Dothan, it was a situation where they wanted to look in a different direction but I still have the energy to help kids and have fun coaching kids,” Fleming said. “I put it out there that I still wanted to keep coaching and still had that energy and of all the different places I spoke with, Pike County was an intriguing one to me because I had interned there when I was at Troy. I always had a place in my heart for Pike County High.”

Fleming also played against Pike County in football during his high school career.

“We played those really great 1988-1989 Pike County teams,” Fleming recalled. “Pike County was so good back then that they were having trouble finding teams to play them so they would come up and play the bigger schools. It’s just a place with great tradition and history.”

Fleming said that tradition is another part of the job that appealed to him.

“When the opportunity came up, I live in Dothan and the drive is relaxing and I thought it would be a really great fit for me with the support system in place and all the great tradition there,” he said.

Fleming not only graduated from Troy but he was a receiver under legendary Trojan coach Larry Blakeney. Fleming will also be joining the Pike County football coaching staff as the school’s new wide receivers coach. Fleming said having the chance to coach football again was something else that appealed to him about the PCHS job, along with the staff that new Pike County football coach Mark Hurt is putting together.

“It’s unbelievable,” Fleming said of the football staff. “I come up there in the afternoon and just sit and talk ball with those guys and the knowledge they all have is incredible.

“They all also have a love for the kids, which is an important thing but they also have the knowledge base to teach to the kids. I’ve already learned something from really all of them. It’s a really great, experienced staff. It’s probably one of the more experienced staffs around here.”

While Fleming hasn’t had a chance to work with his basketball players yet, he’s already setting his sights on building a program, not just a team.

“I haven’t had an opportunity to hold any type of workouts or anything yet but I know we have some quick, athletic kids,” Fleming continued. “I have the philosophy that I can’t play anymore, so I can’t make them play how I want them to play, but I can coach to the strengths that they have and build around that.

“I also want to get into the elementary schools, so that it becomes not just a great team but a great program.”