Charles Henderson competes in Troy 7-on-7 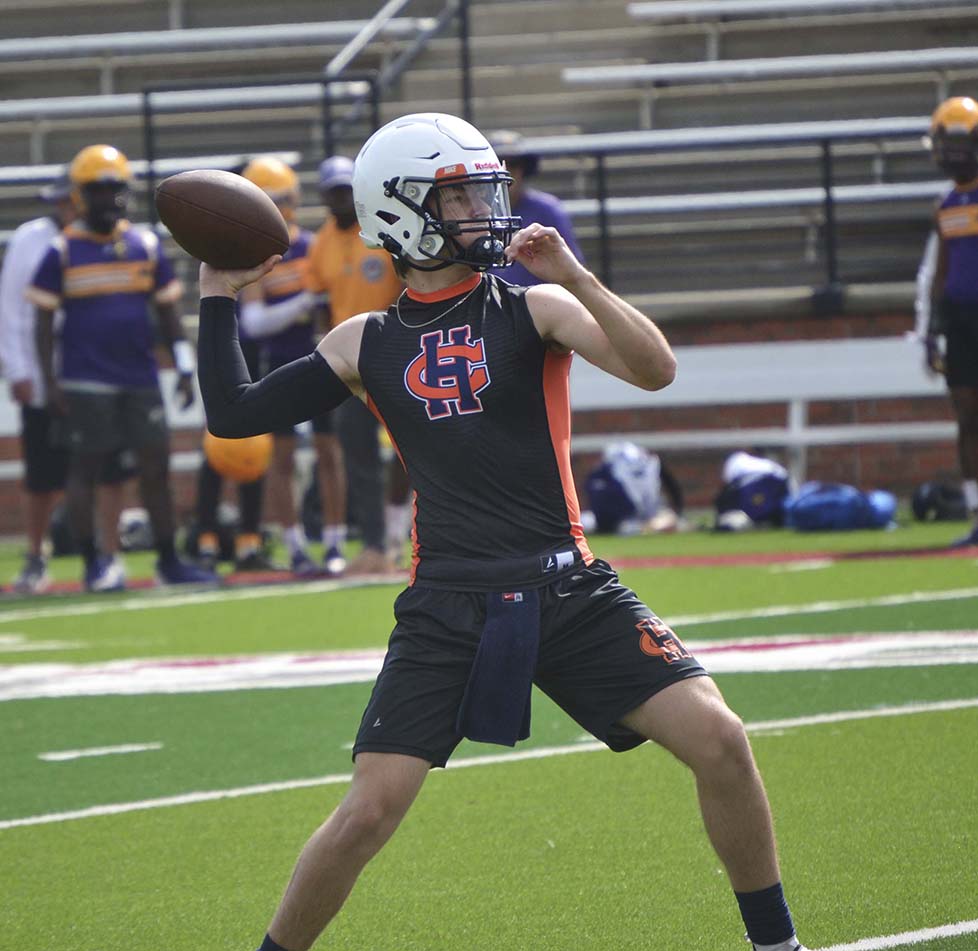 Charles Henderson quarterback Parker Adams looks down the field during 7-on-7 competition. (Photo by Josh Boutwell)

The Charles Henderson Trojans headed across the street on Thursday to compete in Troy University’s 7-on-7 High School Tournament.

In pool play, Charles Henderson placed sixth overall, earning a bye in the first round of elimination play. The Trojans then knocked off Eufaula in the first round before defeating Stanhope Elmore in the quarterfinals. Charles Henderson lost to Georgia’s Central-Thomas County in the semifinals, ending a five-game winning streak for the Trojans. Central-Thomas went on to lose to reigning Class 7A State Champions Thompson in the finals.

Charles Henderson went from not even making the elimination round of the tournament last season, to ending as one of the final four in 2022.

“I was very proud,” Charles Henderson coach Quinn Hambrite said of his team’s performance. “We only won one game in the 7-on-7 (last year) and didn’t qualify for the elimination round, so it was night and day compared to last year.

“As a coach, that’s what you like to see. You want to see your kids and their hard work flourish before your eyes. That’s what I see right now. They’ve been working hard and that shows. They’ve become way more resilient with their effort and I was very proud of the way they played against some really great teams.” 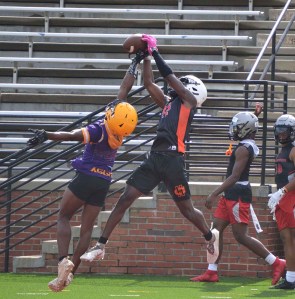 Receiver Jywon Boyd comes up high for a catch. (Photo by Josh Boutwell)

“My coaches and I tend to call it ‘fake football’ because it’s (football) without the trenches,” Hambrite said with a laugh. “It helps your quarterback read coverages, though, and helps defensive backs read routes, and really the biggest thing with 7-on-7s is the competition.

“You get to compete against a lot of teams and a lot of really great players. Competition without contact is also important because you don’t want to beat up your boys all summer. It’s more of a finesse type of thing, so it’s almost more of an offensive ‘drill’ than anything but it does help your defense play fast and helps with their eye discipline. Offensively, it really helps quarterbacks with their progressions and reads and makes them make the right reads without the trenches. When you add the trenches that’s really when it becomes football.”

Charles Henderson will look to continue its progression a team with another 7-on-7 tournament on the campus of Alabama State University on June 14.