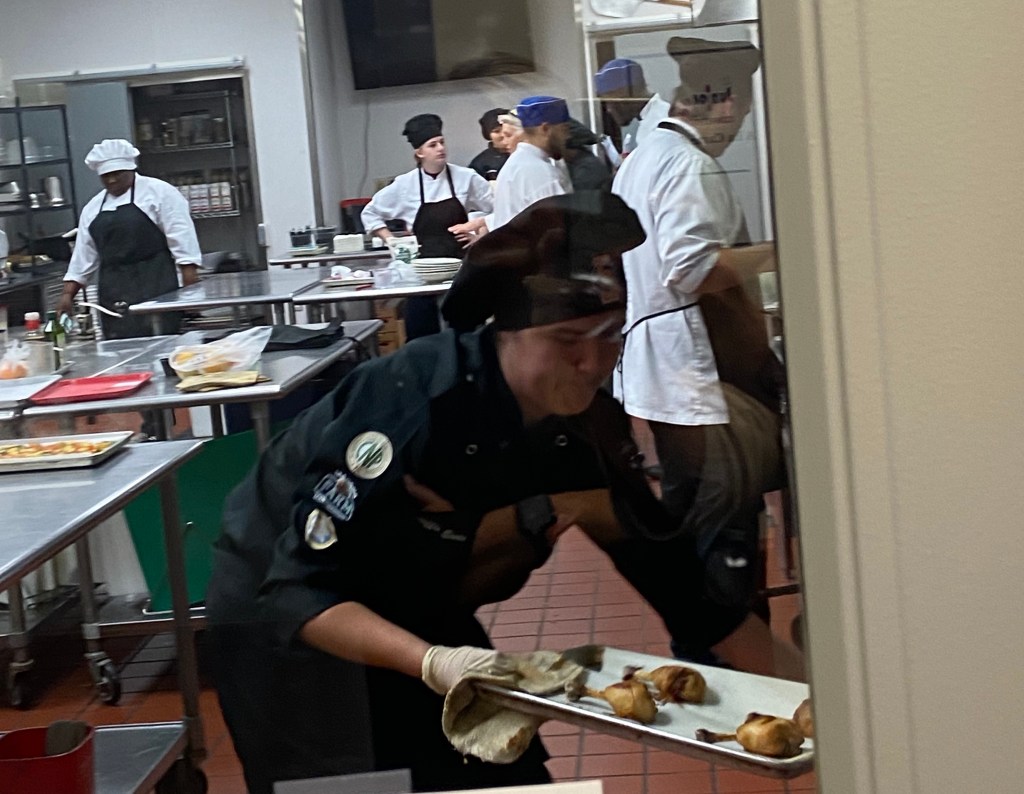 Contributed Photo The CHHS Culinary Arts team competed in the Regional Junior Chef Competition in Louisville, Kentucky. They prepared a meal that would be attractive to students in a school cafeteria. The meal centered around the teams’ lollipop chicken.

“We didn’t win but I was proud of the way our team competed,” Schute said. “They prepared a meal that would be appealing to young students in a school cafeteria.”

The meal prepared was the CHHS Culinary Arts students’ eye-popping lollipop chicken served with a combination of zucchini and carrots with a homemade ranch dressing.

Schute congratulated the team members, once again, as winners of the Alabama Junior Chef Competition and for the way they competed in the regional competition and how they represented their school and their state.