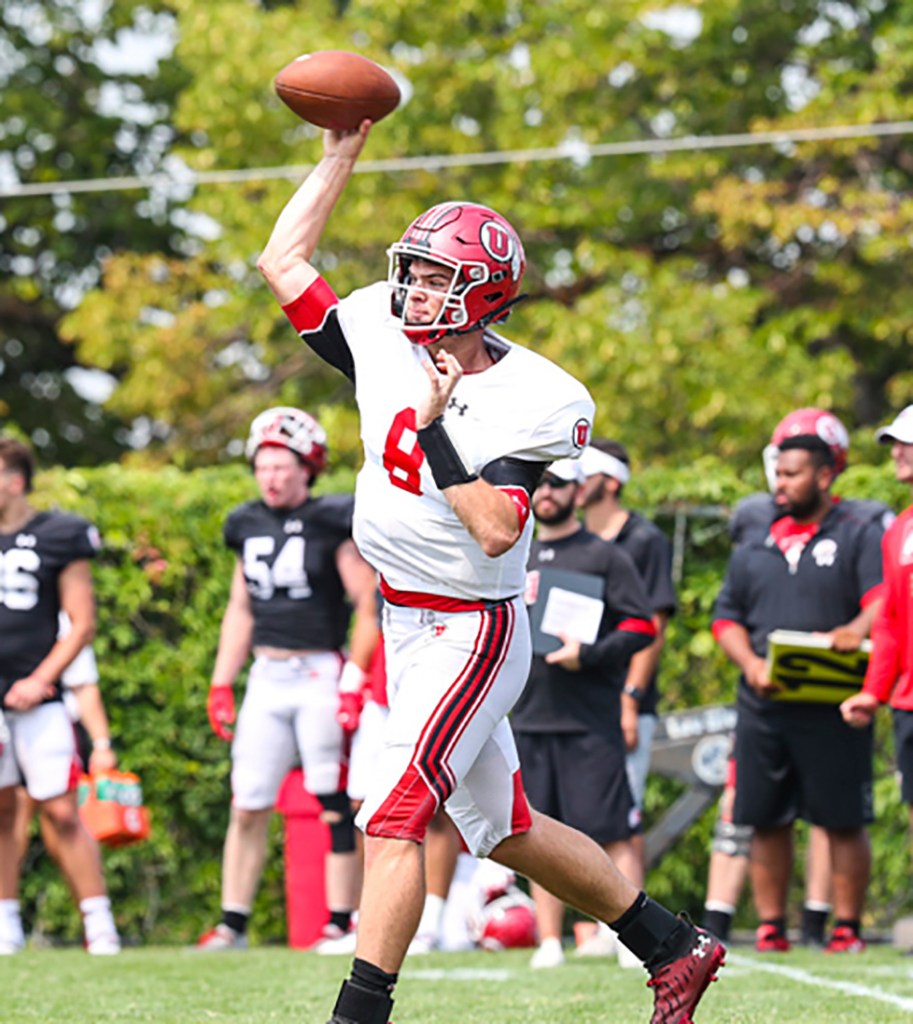 Last month, four-star quarterback Peter Costelli announced his decision to transfer from Utah to Troy and last weekend he officially arrived on campus and began workouts with the team.

The California gunslinger provides some much-needed depth to a quarterback position that had just two scholarship players available during the spring.

“Peter is a talented athlete with a really high upside,” Troy coach Jon Sumrall said. “He throws the ball well and has the ability to make plays and extend plays with his feet. He runs well, is very intelligent and has huge growth potential. We’re excited to have him as a part of our program at such a position of need.”

The 6-foot-3-inch, 223-pound quarterback was an Under Armour All-American in high school and the South Coast League Offensive player of the Year as a junior. After throwing for 1,992 yards and 23 touchdowns with 354 yards and four touchdowns rushing during his junior season, he wasn’t able to play his senior year due to the COVID-19 pandemic causing California high schools to move the 2020 season to the spring. Costelli chose, instead, to enroll early at Utah. Costelli was also a track star in high school, finishing third in the CIF-SS Division II in the 100-meter dash.

All four signal-callers will have the opportunity to compete at the position in the summer and fall to see who will be the No.1 quarterback for Sumrall, and all four quarterbacks bring something different to the table. Watson brings unparalleled experience, Hawkins has the big arm, Costelli is the true dual threat and Kilcrease brings raw potential to the table. 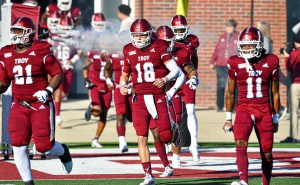 Contributed photo/Troy Athletics | The Messenger
Gunnar Watson (18) and the Trojans run on to the field prior to their game against Louisiana last Saturday.

Watson has started 16 games in his Troy career – nine in 2020 and seven in 2021 – and has thrown for 3,888 yards and 24 touchdowns with 11 interceptions during that span. In 2021, he completed 140-of-228 passes for 1,613 yards and eight touchdowns along with four interceptions. The 6-foot-3-inch, 209-pound Georgia native is a prototypical pro-style drop back style of quarterback. Watson is also the only quarterback on the Troy roster to have thrown a pass in college.

While Hawkins did not play as a true freshman, he came to Troy from Bainbridge High School as one of the top quarterbacks in Georgia. The three-star recruit was considered the No. 54 pro-style quarterback coming out of high school by 247Sports. At 6-foot-1-inch and 199 pounds, Hawkins threw for 2,004 yards and 24 touchdowns as a senior. Hawkins has a big arm and while he’s more “fleet-footed” than Watson, Hawkins isn’t what someone would consider a dual-threat at quarterback. He does, however, move well in the pocket and keeps his eyes down field, looking for receivers, when he scrambles. All of which he displayed during spring practices. 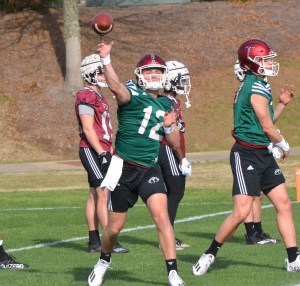 Kilcrease won’t be traveling far from home as he grew up just 30 miles from Troy’s campus, in Brantley. The 6-foot-1-inch, 190-pound multi-sport athlete was one of the top quarterbacks in Alabama during his career at Brantley. While injuries hampered his senior season – causing him to play in just six games – he still threw for 838 yards and 10 touchdowns with just one pick. 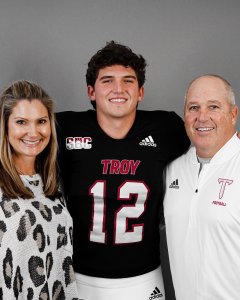