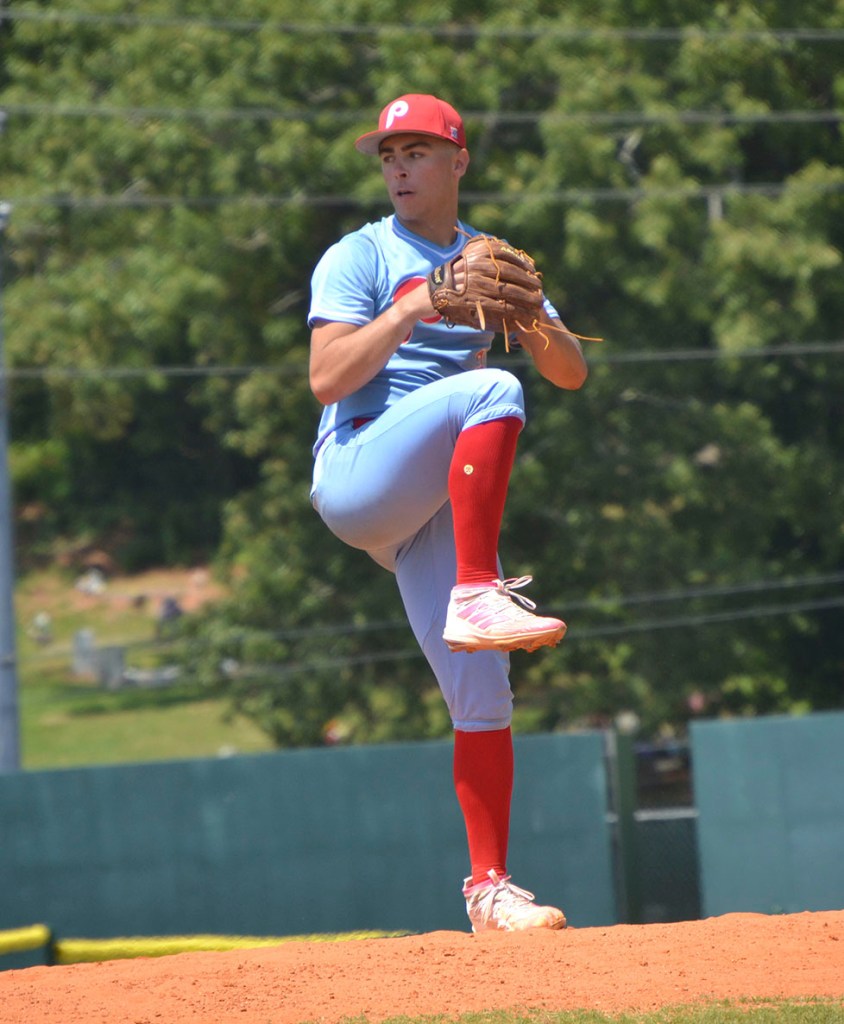 Drew Nelson has been named the Gatorade Alabama Baseball Player of the Year. (Photo by Josh Boutwell)

Nelson is the first player to ever win Gatorade Alabama Baseball Player of the Year from Pike Liberal Arts. The award “recognizes not only outstanding athletic excellence, but also high standards of academic achievement and exemplary character demonstrated on and off the field.” As Alabama’s winner, Nelson now becomes a finalist for the Gatorade National Baseball Player of the Year.

“It’s a special honor, especially with all the names that came before me and all the candidates and great players that I was up against,” Nelson said. “It’s an honor and it’s really special.”

The Auburn signee led Pike to a fourth straight AISA State Championship and a 32-4-1 record as the Patriots’ “ace” pitcher. Nelson earned a 9-2 record on the mound with a 1.00 ERA, while striking out 106 batters and giving up just 18 total hits of 49 innings pitched. Nelson saved his best for last at Pike, giving up just two hits and mowing down 15 batters in Pike’s state championship clinching win over Glenwood School in the state championship game. Nelson was also a star at the plate, earning a .463 batting average with six home runs, seven doubles, eight triples and a .895 slugging percentage.

“It’s been special (playing at Pike),” Nelson said. “I love coach Rush (Hixon). He’s been there for me the last two years and even growing up, I looked up to him as a player.

“Having that connection with him and all the people at Pike that have pushed me to be my best has been special.”

After the state championship this past season, Hixon said that Nelson was the best player to ever play at Pike.

“Drew Nelson is the best player to wear a Pike jersey,” Pike baseball coach Rush Hixon flatly said. “He’s incredible and his work ethic is incredible. What you see in practice is exactly what you see out there (in a game).”

In addition to his success on the field, Nelson is the vice present of Pike’s Calculus Club and co-president of the Young Investors Club. He also volunteers with Common Ground Troy, a youth development organization in Troy. Nelson is also a volunteer youth baseball coach, while maintaining a 4.39 GPA.

As the Gatorade Alabama Baseball Player of the Year, Nelson also receives the opportunity to award a $1,000 grant to a local or national organization of his choosing that will help another young athlete “realize the benefits of playing sports.”