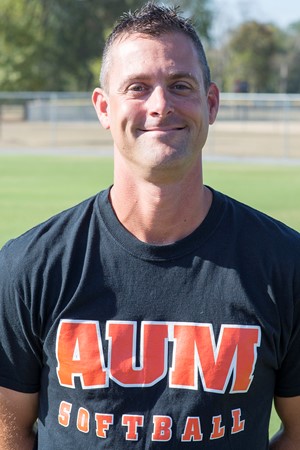 Newell comes to Troy after spending the past eight seasons of his 16-year career at AUM, where he went a combined 302-88 with six NAIA and NCAA Division II World Series appearances. His AUM squads earned No. 3 national finishes in each of the past three years and his 2015 team won the NAIA National Championship. Newell also won conference coach of the year twice and national coach of the year once at AUM.

Newell will be replacing longtime Troy coach Beth Mullins, who resigned from her post following a medical leave of absence just before the 2022 season began. Troy assistant coaches Taylor Smartt and Holy Ward spent the entire 2022 season as co-interim head coaches and helped guide the Trojans to the school’s second straight 30-win season and the fourth in five seasons.

“If I’m being perfectly honest, I was flattered and certainly felt very humble,” Newell said of his first thoughts after finding out Troy was interested in him. “I’ve always thought very highly of Troy and was tired of losing recruits to them at AUM. What was really cool, though, was the vision they shared with me and how that it aligned with the same sorts of things I stand for and look for.”

Newell also had a successful eight-year run at NAIA school Williams Baptist, where his teams went 254-121 with a fourth place NAIA finish during that span. He also holds the record for most career wins at Williams Baptist. In total, his AUM and Williams Baptist teams have won eight conference championships.

“We are thrilled to welcome Eric Newell and his family to Troy,” Troy Athletic Director Brent Jones said. “Coach Newell is a national championship winning coach who has had tremendous success everywhere he has been.

“He is a relentless recruiter who knows our recruiting area extremely well, while also having regional and national connections and demonstrating a proven track record in player development. The future is incredibly bright with Eric Newell leading our proud softball program.”

Newell has become known as a top recruiter in the Wiregrass region during his time at AUM and he said locking down the area at Troy would be a top priority for him.

“If a kid is getting heavily recruited from the ‘big schools’ we don’t want them to get out of the area and we want them here at Troy. We have to win the battles in the Wiregrass area.”

Prior to starting his college coaching career, Newell spent five years coaching at Fredericktown High School in Missouri where he helped launch the school’s softball program. Newell played college baseball at Williams Baptist and earned his bachelor’s degree in education from the school before earning a master’s degree from William Woods University.

Newell’s coaching style is known for his team’s aggressive style of play, leading to a top 14 national ranking in scoring in the past four years at AUM. AUM also stole more than 100 bases in each of the last four seasons and his pitchers combined for an eye-popping 1.97 ERA and 54 shutouts over the past four seasons.

“A Coach Newell coached team, first and foremost, we want to be winners on and off the field. That is very important to me,” he said. “I saw myself aligning with the same core values that Brent has and also Chancellor (Jack Hawkins), as well, and what they stood for. I thought I could definitely get on board with this here.”

Newell said he’s excited for the success that Troy has had in recent years and pointed to the pitching staff as being something he’s especially looking forward to working with but also pointed to stolen bases and batting average as something he wants to improve as he implements the “Newell style” of play.

“A lot of Coach Newell coached teams really run well. That doesn’t mean we’re speed only but it means whether you’re a power hitter or a speed person, you’re going to know how to run the bases. In those close games, where it’s hard to scratch out a run, we’ll find ways to scratch our runs to give our pitchers the help they need.”

In regards to his coaching staff, Newell said it’s still too early to say any names but he’s confident that he and Troy will bring a winning coaching staff to the table.

“We want to develop a championship caliber staff,” he said. “I’m open-minded, we’re not ready to discuss names yet but between myself, Brent and (Deputy Director of Athletics) Sandy Atkins we’re going to put together a great staff.

“We want to bring in a pitching coach and a hitting coach to compliment the things I’m confident in but that I want to have some reinforcement in, as well.”