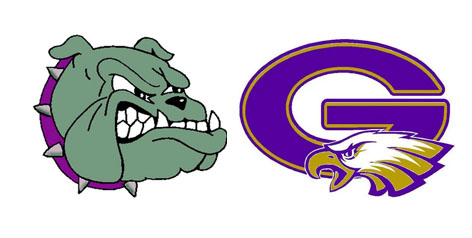 The Pike County and Goshen High School football teams have released their 2022 football schedules as both enter new regions.

Goshen drops down to Class 2A for the 2022 season and will enter Class 2A, Region 3 alongside Barbour County, Highland Home, Horseshoe Bend, LaFayette, Lanett, Luverne and Reeltown. Of Goshen’s 10 2022 opponents, five were playoff teams in 2021. 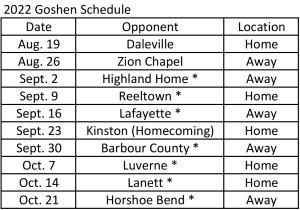 Goshen will hit the ground running as the Eagles open the season at home against Class 3A’s Daleville on Aug. 19 before a two-game road trip against Zion Chapel on Aug. 26 and Highland Home on Sept. 2.

The Eagles will return home on Sept. 9 for a region game with Reeltown. Reeltown is moving down to Class 2A alongside Goshen as the two were Class 3A, Area 4 foes the past two seasons.

Goshen travels to LaFayette for a region game on Sept. 16, which will be the first time the two teams have ever played. The Eagles are back at home for homecoming against Class 1A’s Kinston on Sept. 23 before hitting the road again to face Barbour County on Sept. 30 in another region game.

Pike County will open the season renewing an old county rivalry as the Bulldogs host Charles Henderson on Aug. 19 for the first time in a regular season game since 1998. The two sides have not met at all since 1999. 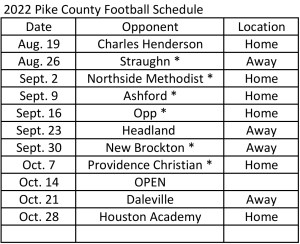