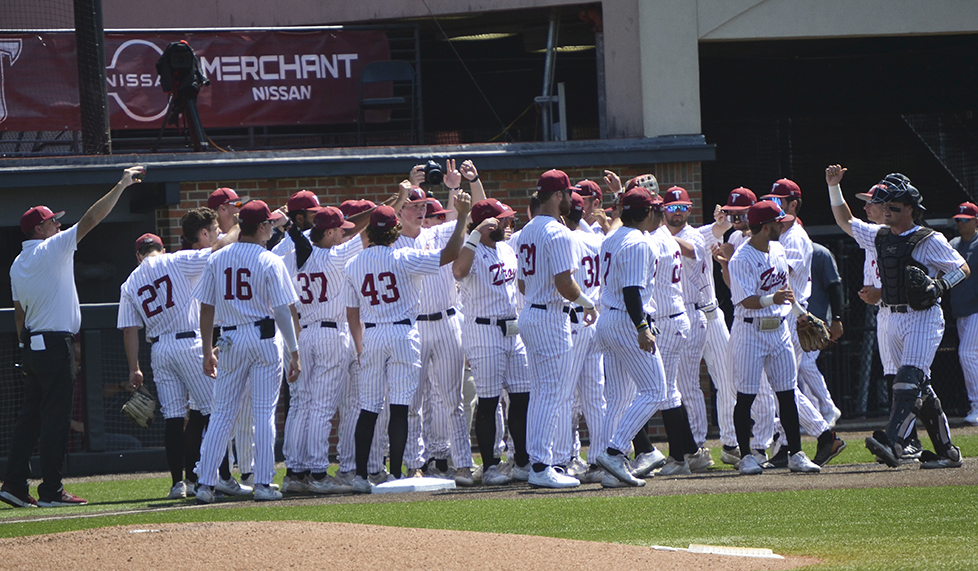 The Troy Trojans baseball team sat around for hours waiting Wednesday for a chance to take the field in the opening round of the Sun Belt Conference Tournament due to weather delays.

Finally, Troy’s first round matchup with No. 3-seed Costal Carolina was officially postponed and has been moved to Friday morning due to the threat of potential severe weather on Thursday, as well.

Troy and Coastal Carolina will play at 9 a.m. on Friday with all of the other first round games also moved to Friday. Appalachian State and Georgia Southern are scheduled to play at 12:30 p.m., South Alabama and Louisiana are scheduled for a 4 p.m. game and Louisiana-Monroe and Texas State are slated for a 7:30 p.m. game.

The postponements have also led to the decision by the conference, which was voted on by conference officials and coaches, to move the tournament to a single-elimination format. So, those that lose in the quarterfinals will be eliminated and the winners move on to play in the semifinals on Saturday with the conference championship scheduled for 1 p.m. on Sunday.

Troy and Coastal Carolina play at 9 a.m. on Friday at Riverwalk Stadium in Montgomery. The game is slated to be streamed live on ESPN+, as well.