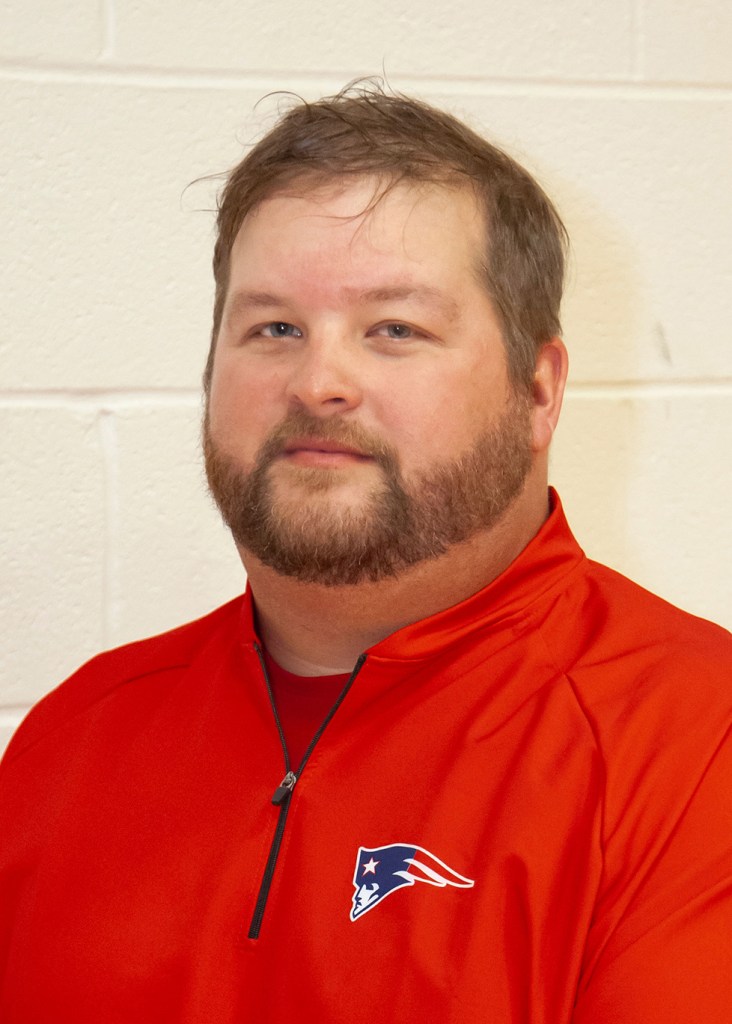 Ryan McCollough has been an assistant coach at Pike Liberal Arts the past four seasons. (The Messenger file photo)

McCollough will serve as offensive line coach and an English teacher at PCHS. McCollough comes to the Bulldogs after four years at Pike Liberal Arts School, where he served as assistant head coach, special teams coordinator and offensive line coach with the Patriots. He was also the school’s powerlifting coach and an assistant softball coach for three of those seasons. He won two state championships with the football team and the school’s first ever powerlifting state championship, as well.
“The decision to leave Pike was without a doubt the toughest decision I’ve ever made in my professional career,” McCollough said. “It’s a place that gave me the opportunity to learn to be a coach and a teacher and deal with kids and teach kids with different skill levels.
“This was an opportunity I couldn’t pass up once I spoke with Coach Hurt. It’s the opportunity to learn from and work with Coach Hurt, a guy that has won at the highest levels in Alabama and Georgia. That’s something a lot of guys don’t get to do, especially this young in their career.”

McCollough played on the offensive line at Elba High School and is a graduate of Troy University. He’s also a former staff writer at The Southeast Sun in Enterprise and previously worked as Communications Coordinator for the Eufaula-Barbour County Chamber of Commerce. Before coming to Pike Lib, McCollough served as a volunteer coach at Elba under head coach Scott Rials during his college days and also spent time as a youth football coach.

Hurt said that McCollough’s experience as a coach and player is something that led him to try and bring McCollough onto his inaugural staff at PCHS.

“We just look forward to having Coach McCollough join the staff,” Hurt said. “He has a lot of experience and that is what we’re looking for with the new coaching staff coming in with a lot of young players here. His experience and what he does will benefit our program tremendously.”

Serving on the offensive line at Pike County, McCollough said he understands the importance of the position.

“As an offensive line coach I may be a bit bias but I think offensive line is the most important position in football,” he flatly said. “It starts up front and ends up front. It’s an old saying or an old philosophy but if you can control the line of scrimmage on both sides of the ball you have a great chance to win the football game.”

McCollough has experience working with another new Pike County coach, Cornelius Griffin, having served together on the Pike Lib staff the past two seasons. The pair will look to help the Bulldogs control both sides of the line of scrimmage together.

“You won’t find anyone in the State of Alabama with a resume like Cornelius Griffin,” McCollough emphasized. “I loved working with him the past two years at Pike Lib, our inside drills we would work were fantastic. I got to see a defensive mind that is light years ahead of what others get to see.

“I get to try and out-scheme and outcoach Cornelius Griffin, which is amazing. I love that challenge every single day and I love kicking ideas off of him. We would go back and forth about technique and how to play different plays and schemes. I love trying to go head-to-head with Coach Griffin.”

McCollough was impressed with the staff that Hurt is putting together as a whole and he said he believes this staff can bring PCHS back to the prominence it was once known for.

“The coaching staff Coach Hurt is putting together is a who’s who, a lot of these guys have big school experience and head coaching experience,” he said. “Bringing all that experience together on one staff, I really look forward to learning from them and for our kids to learn from them to and try to bring Pike County back to where it belongs.

“Pike County is a proud football program, from the 80s to the 90s and all the success in the mid 2000s. I played against great Pike County teams in high school at Elba and they kicked my tail every time. They know good football in Brundidge and they know how to get back there, we just have to do our part to get those kids where they need to be.”