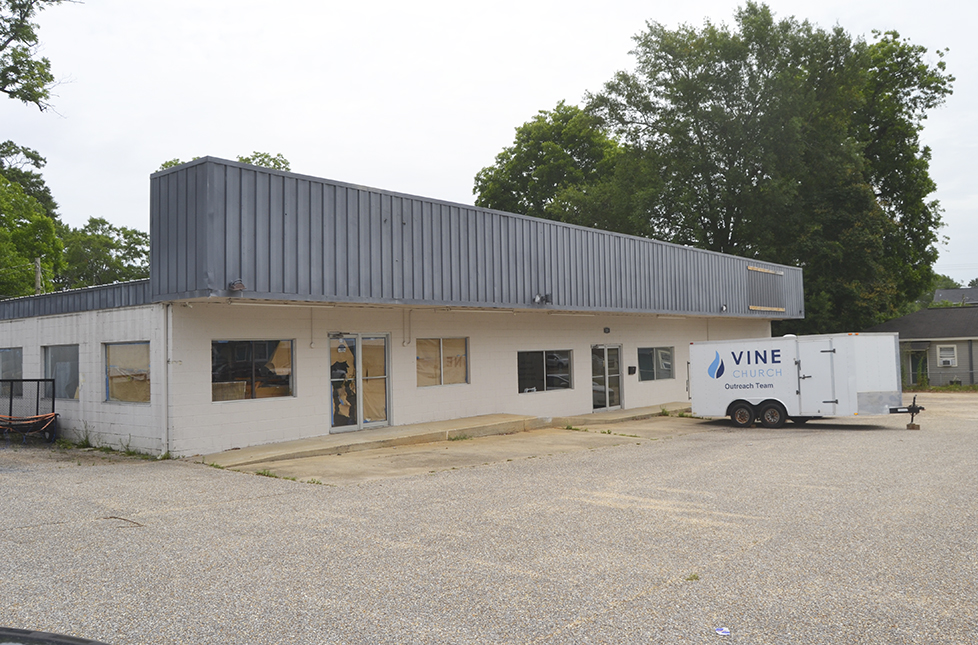 The new Escape Room in Troy will be on University Avenue in the old Vine Church building. (Photo by Josh Boutwell)

The Owners of Escape Room Enterprise will be bringing an Escape Room to Troy later this summer.

Escape Rooms are in-person puzzle games in which a team of players finds clues, accomplishes tasks and solves puzzles in order to escape a room. Escape Room Enterprise currently houses six different rooms with various themes, from a mysterious cave to an airplane in danger of crashing to a Civil War era treasure hunt and more.

“I’m a flight instructor at Fort Rucker and I was with a student one night and he suggested I try one because he was big into Escape Rooms,” Johnson recalled. “I had no idea what he was even talking about but after he explained it to me, my wife and I ended up going down and doing one in Gulf Shores. We spoke to the owner of that one a good deal and we just enjoyed it and afterwards decided to start one in Enterprise.”

Escape Room Enterprise has grown from two rooms to six immersive Escape Rooms and after speaking with representatives for Troy, the Johnson felts it was time to start a new one.

“We’ve been talking about it for a year or so,” Johnson said. “Troy looks like a really good place to do it. There isn’t a ton of entertainment options in Troy and one of our goals as owners of entertainment is to provide good quality family entertainment to our communities. We saw the Enterprise one did really well and figured why not Troy next?”

When it comes to figuring out what themes and puzzles to use in the Escape Rooms, Johnson said that they never know what might be the catalyst for an idea.

“Sometimes a prop will spark it or just an idea of, ‘I really like this puzzle idea’ and let’s build around it,” he said. “Our airplane room, we call it Flight 2076, came about because we had this really tiny room and we were trying to figure out what we could do with this space.

“A friend pointed me in the direction of some airline seats and we got those and built an airplane around it and it’s worked out really well.”

Escape Room Troy will be taking over the old Vine Church building on University Drive in June with construction to begin at that time. Johnson said that he hopes for at least two rooms to be up and running by August with a third room to start up shortly after.

Johnson said the price for admission will be tiered with groups of two being around $30 each with bigger groups receiving bigger discounts. For more information on Escape Room Enterprise, visit www.escapeenterprise.com.