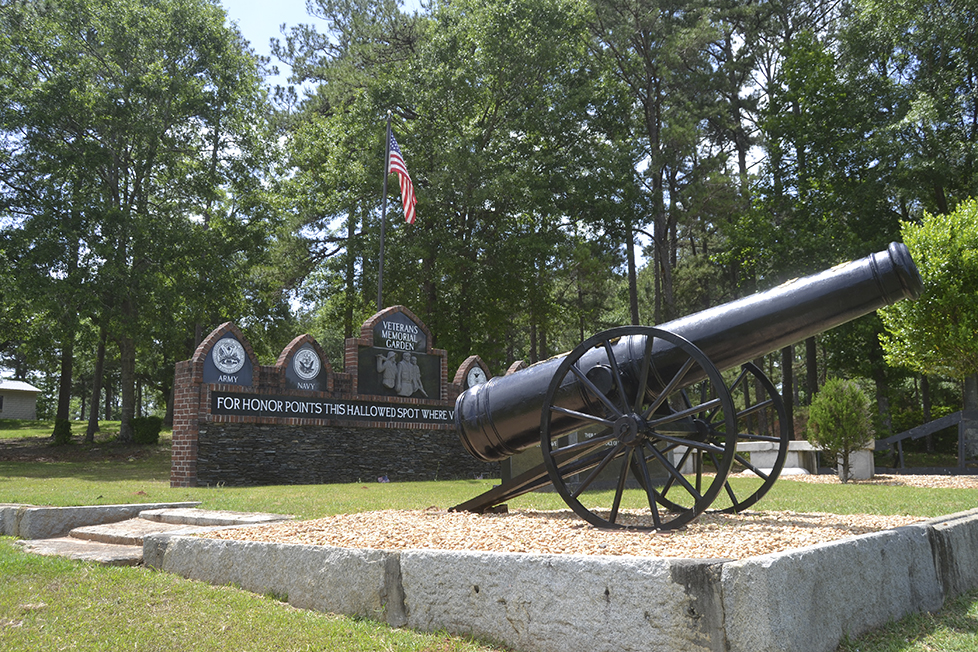 Green Hills Cemetery has been a part of Troy since 1955 and the Veteran’s Garden was dedicated in 2010 with a Memorial Day Tribute held annually since then.

At the Memorial Day Tribute, Michael O’Hara will play “Reveille” on his bugle before Wayne Locklear gives invocation and the Goshen High School ROTC Honor Guard plays the Call to Colors. Adrian Barron will also sing the National Anthem followed by the Pledge of Allegiance led by Bob Mills. Anthony Kilpatrick and retired Captain K.T. Cole of the U.S. Marines will speak, as well.

Those in attendance will be invited to a light breakfast following the event and will be invited to view the Wall of Honor, which includes all the brave men and women of Alabama that died during the Vietnam War, Operation Desert Storm and the Afghanistan War. 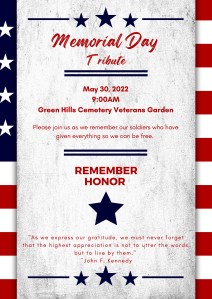