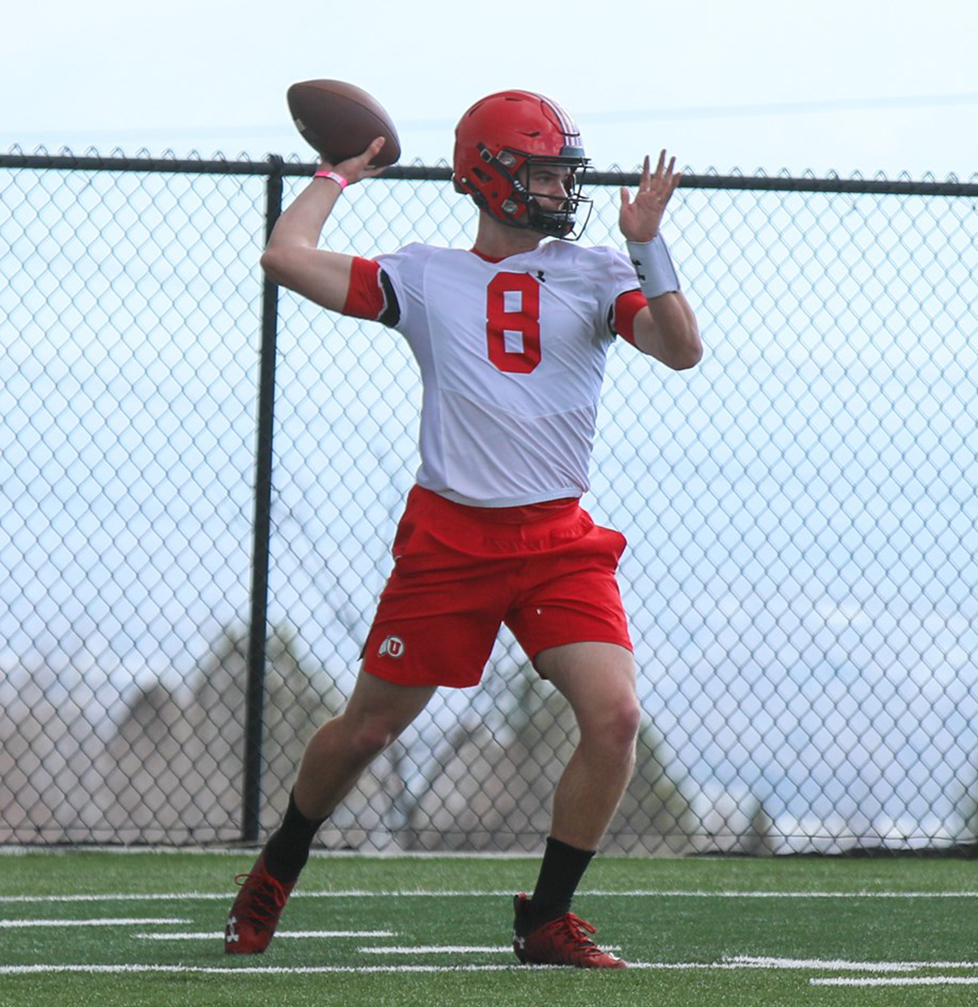 Peter Costelli will come to Troy as one of the highest rated players in Troy history. (Photo courtesy of University of Utah Athletics)

New Troy Trojans quarterback Peter Costelli will arrive on campus in June and the California gunslinger has already set some lofty goals.

Costelli was a four-star dual-threat quarterback from California coming out of Mission Viejo High School and will come to the Trojans as one of the highest rated recruits in school history. Before taking his visit to Troy’s campus in recent weeks, Costelli said he had never even been to Alabama.

“It was good, I got to see the campus and the area around it,” Costelli said of his trip. “I liked it a lot. That was my first time in Alabama. It’s going to get some getting used to but it’s going to be a good change for me. I’m looking forward to it.”

The 6-foot-3-inch, 212-pounder was considered the “crown jewel” of Utah’s 2021 signing class but after redshirting his freshman year there, he decided it was time for a change.

Costelli was a big signing for Troy after the departure of former Troy quarterback Kyle Toole during spring practices and makes the quarterback competition at Troy going into the summer even more interesting as he, returning starter Gunnar Watson, redshirt freshman Quayde Hawkins and incoming Brantley freshman Tucker Kilcrease all compete at the position. Ultimately, Costelli’s visit to Troy sealed his desire to play for the Trojans.

“I had a great official visit and I liked the area and had some great conversations with (head coach Jon) Sumrall and (offensive coordinator Joe) Craddock. I had a good connection with them and I loved the area and I feel like it’s a great place for me to come and play ball.”

Costelli was impressed with Craddock’s mind and the offense he’s brought to Troy.

“I like it a lot. I really like the schemes and everything he’s doing,” Costelli said. “I think I can learn a lot from his knowledge of the game and what he can teach me. I’m really excited about the offense.”

Costelli has some pretty big goals set for his Troy career and it was actually Sumrall’s goals for Troy that initially attracted him to the Trojans.

“I just want to win a national championship,” he flatly said. “There was an interview awhile ago with Coach Sumrall where he said he wanted Troy to be the next Cincinnati, which was something that made me really interested (in Troy). I think that’s the ultimate goal; to get (Troy) to that status.”