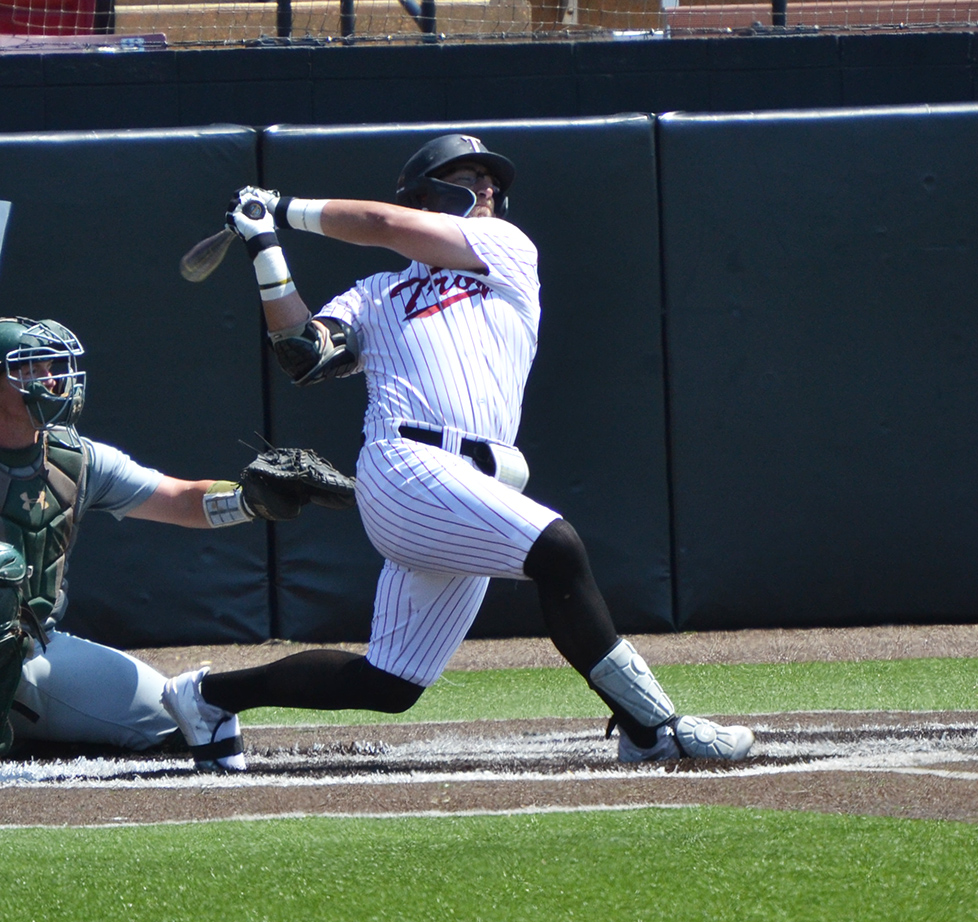 Easton Kirk (51) and the Trojans will play in the Sun Belt Tournament this week. (Photo by Josh Boutwell)

The Troy Trojans baseball team picked up a Sun Belt Conference series win over the Appalachian State Mountaineers on the road this weekend to finish off the regular season.

After starting off the series with a win on Thursday, Troy followed up with a dominant 9-2 win over the Mountaineers on Friday. Kyle Mack went 2-for-4 at the plate with two RBIs and two runs, while William Sullivan also went 2-for-3 with two doubles and three RBIs.

Brady Fuller pitched four and 2/3 innings with two strikeouts along with giving up one hit and one earned run, while Grayson Stewart got the win on the mound pitching 3 and 1/3 innings. He fanned one batter and gave up four hits with one earned run. Sullivan earned 11 putouts at first base.

While the Friday win secured the Trojans would take the series, Appalachian State still managed to get a 6-3 win in game three on Saturday to avoid the sweep. Troy hit three home runs in the loss with Trey Leonard hitting two homers and Kyle Mock going yard, as well.

Cameron Gray pitched four innings and gave up two hits and two earned runs, while Brandon Schrepf took the loss on the mound giving up three hits and one earned run along with striking out one batter in one inning pitched. Sullivan had seven putouts and one assist on defense.

Troy now sets its sights on the Sun Belt Conference Tournament in Montgomery this week. Troy’s series win over Appalachian State gave the Trojans the No. 6 seed in the tournament, allowing them to avoid the play-in round of the tournament. Troy will battle No. 3 seed Coastal Carolina on Wednesday at 9 a.m. in Riverwalk Stadium in Montgomery to start the double elimination tournament. Coastal Carolina swept Troy in a conference series last weekend.