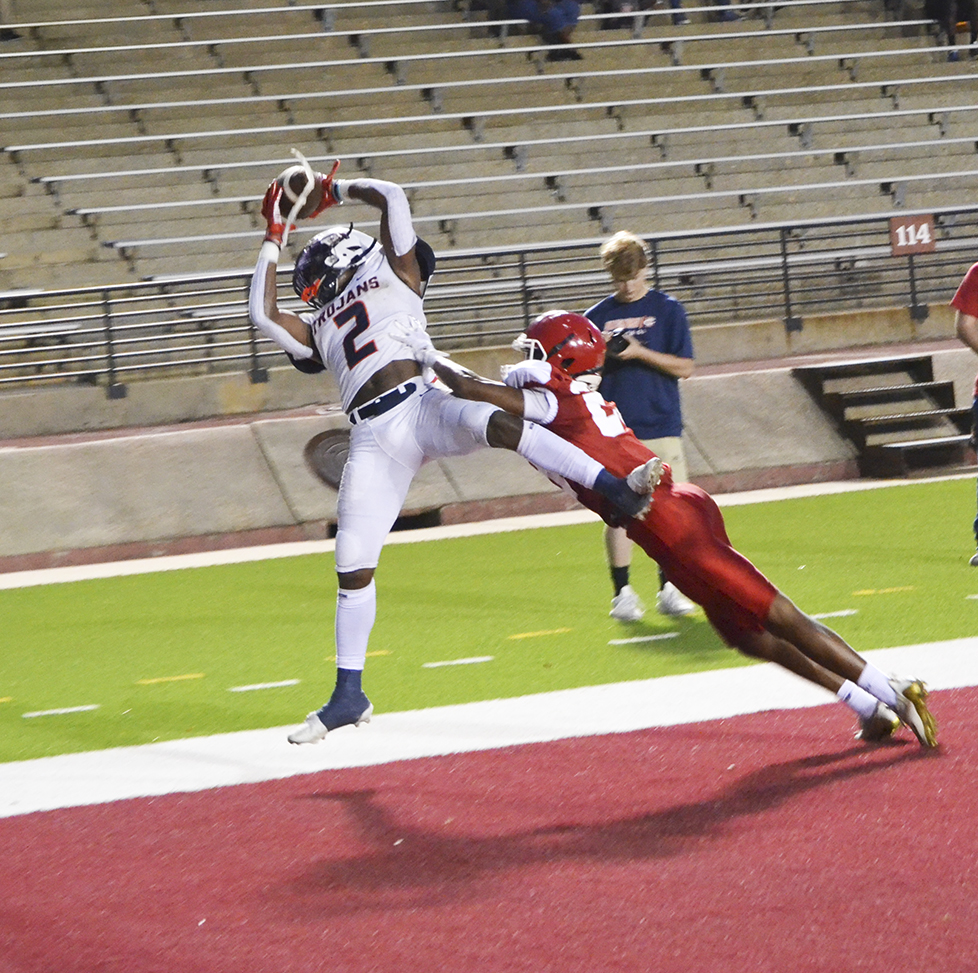 Charles Henderson football coach Quinn Hambrite came into the 2022 Spring Football Classic on Friday wanting to see his team compete and they did that and more as the Trojans bested the Class 7A R.E. Lee Generals by a score of 24-13.

Hambrite said he wanted an opponent for the spring game that could match his CHHS squad to gauge how much they’ve improved since the end of the 2021 season.

“I knew Lee would be big, physical and fast,” Hambrite said. “In order for us to get a proper evaluation of where we were, we needed a team that was going to be equal or better than us and Lee definitely fits the bill for that.”

After the Trojan defense forced a quick punt from Lee to open the game, Charles Henderson marched into General territory before the drive bogged down. A 40-yard field goal failed to pass through the uprights to keep the game scoreless. Charles Henderson’s Sequan Fagg intercepted a General pass at midfield and a few plays later the Trojans booted a 34-yard field goal to go up 3-0 with 4:35 left in the first quarter.

Lee answered, however, and drove the length of the field before scoring on a 3-yard run to take a 7-3 lead with 1:19 left in the opening period.

As the second quarter opened, Charles Henderson quarterback Parker Adams converted a third-and-long to athlete Jywon Boyd to keep a drive alive. Adams then heaved a 30-yard touchdown pass to a wide-open Boyd to put the Trojans back ahead 10-7 with 10:32 left in the half.

Lee answered right back again with a 70-yard touchdown pass, though, to retake the lead 13-10 with 9:38 left in the half. The PAT was no good. After some offensive fireworks, both defenses started to settle down and forced three-and-outs on both sides. Adams then found receiver Khalil Carson to convert another third-and-long along with a targeting penalty that put the Trojans back in Lee territory.

A few plays later, Boyd made a leaping grab in the back of the end-zone for a 1-yard touchdown catch to put the Trojans on top for good 17-13 with just 2:30 left in the half. After the Trojan defense forced another three-and-out, Adams heaved a 33-yard touchdown pass to Boyd with just 15 seconds remaining in the half to extend the CHHS lead to 24-13.

In the second half, both teams played primarily younger players and junior varsity players and neither team was able to find the end-zone again.

“We played very well,” Hambrite said. “I’m proud of these guys and the way they fought in the game.

Boyd seemed to be untouchable for the entirety of the time he was in the game and Hambrite said his talents will make CHHS better not just through his production.

Hambrite hopes the success his team enjoyed against a much bigger team coming off a playoff appearance will catapult them into summer workouts.

“The morale for our team will be good and hopefully we can continue to build off this throughout the summer,” Hambrite said. “The summer time grind is here, football is a 12 month sport and I’m ready for it.”