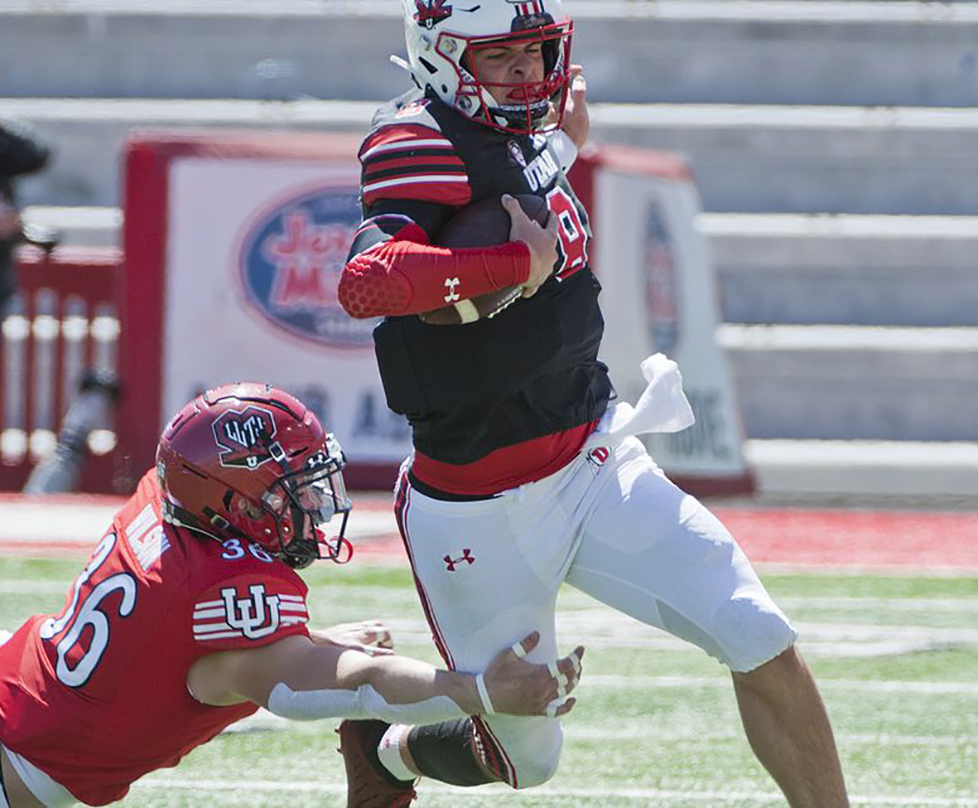 Peter Costelli (8) comes to Troy after a year at Utah. (Courtesy photo)

Ever since the end of spring, Troy football coach Jon Sumrall has said that the Trojans would be adding a quarterback to the roster this offseason and on Wednesday they landed a big one – figuratively and literally – in former Utah gunslinger Peter Costelli.

The former four-star recruit and 6-foot-3-inch, 212-pound quarterback announced his commitment to Troy on Twitter on Thursday.

Costelli’s comes to Troy as one of the top players to ever commit to the program. The California native entered the transfer portal following his freshman season at Utah after being Utah’s top signee in the 2021 class. Costelli redshirted in 2021 and will have all four years of eligibility left at Troy.

While Costelli has prototypical size and arm strength of pocket quarterbacks, he was also one of the fastest players on the West Coast during his high school career. He was the 10th rated dual-threat quarterback in the entire country coming out of high school, according to 247 Sports.

As a junior, Costelli threw for 1,992 yards and 23 touchdowns along with 354 yards four touchdowns rushing. He didn’t play in his senior season in 2020 due to California schools pushing the 2020 season into the spring of 2021. Costelli graduated in January of 2021 and enrolled at Utah immediately following his high school graduation.

Since announcing his decision to leave Utah, a number of schools like Virginia Tech, Arkansas, Northwestern and Nevada have been pursuing the quarterback.

During the spring, Jon Sumrall said that neither Watson or Hawkins had taken clear control of the starting quarterback position and while Watson is a returning two-year starter at the position, it’s safe to say the position will be up for grabs in the fall with four talented players vying for the position.