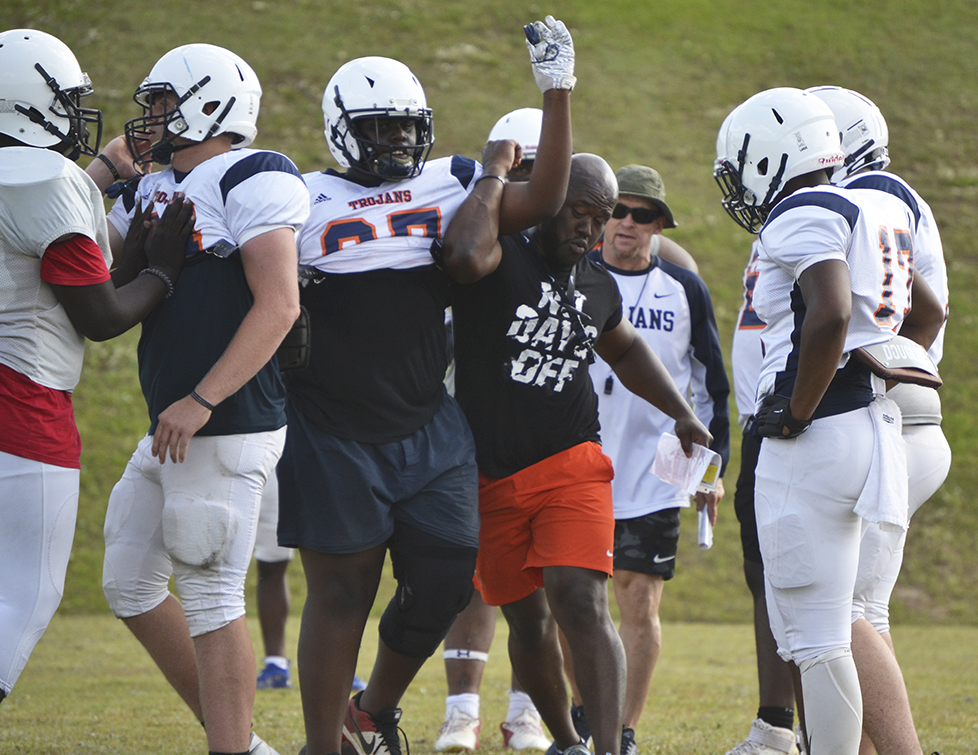 The Charles Henderson Trojans will be hosting their annual Spring Football Classic this weekend at Veteran’s Memorial Stadium with a trio of football games on display.

Charles Henderson will kick things off by hosting Class 7A’s R.E. Lee High School from Montgomery on Friday night, while Hillcrest will play Selma and Flomaton plays Greensboro on Saturday.

“I think practices have been going extremely well,” Hambrite said. “We’re being more physical than we were last year. I think we’re turning the corner a little bit. I like the direction we’re going right now when it comes to the intensity throughout practices.”

Troy returns all but 12 players from last year’s team, which was full of freshmen and sophomores. Those young players were forced to grow up quick and Hambrite pointed to a pair of leaders that are leading the pack. 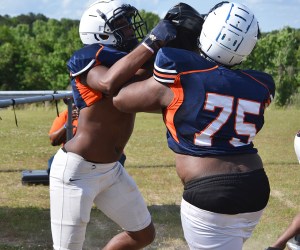 “Essentially the entire team was young last year,” he said. “Zion Grady is a young kid but he’s leading by example. He’s only a ninth grader going into the 10th grade.

“Damien Hart will be a senior next year and he’s more of a vocal leader and gets the guys going through his verbiage and the intensity he brings. Leadership-wise we’re heading in the right direction. We’re still young and immature in certain areas but we’re on the right track.”

The Trojans will get a true test of how far they’ve come since last season as they battle the much bigger Lee Generals. Lee is coming off back-to-back playoff appearances and has made the playoffs in four of the last five seasons.

“I just want to see them compete,” Hambrite said of his team. “I will know they’re where we should be if we’re able to compete with a big 7A school like Lee.

“They’re a team that has been very successful over the past five or six years. They’re always big, physical and fast. Playing the level of competition like Lee will show us where we need to be for the fall and gives us an idea of what we need to work on through the summer.”

Charles Henderson and Lee play at 7 p.m. at “The Vet” on Friday and tickets are $8 each. Hillcrest plays Selma at 3:30 p.m. on Saturday and the Flomaton and Greensboro game will start at 7 p.m. on Saturday. Tickets for each game can be purchased on the GoFan app or at https://gofan.co.