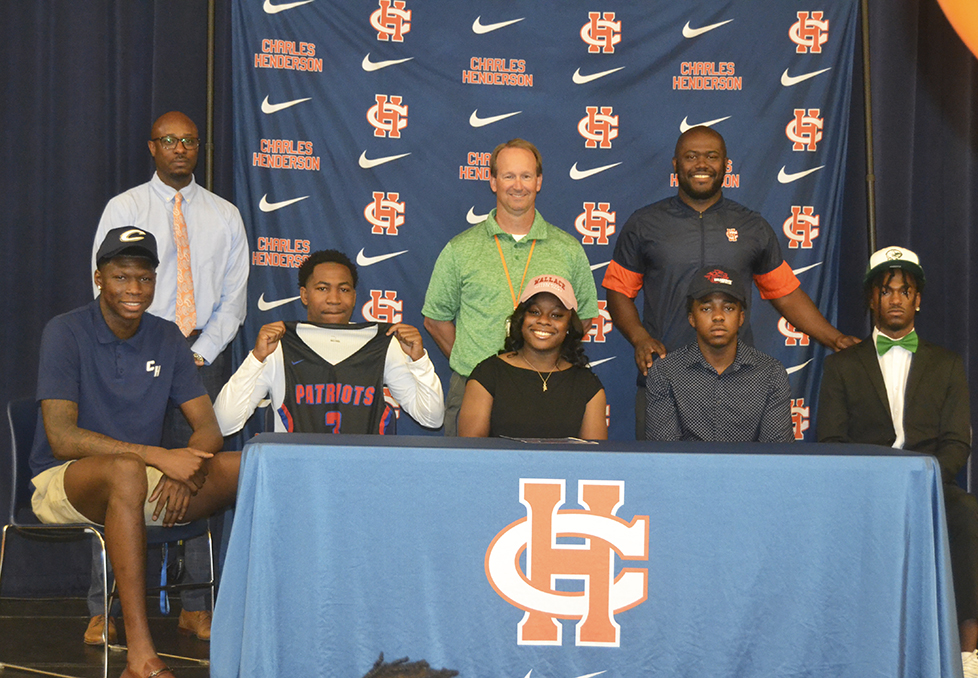 Trojan volleyball player Kelci Hicks played every position for the Lady Trojan squad during her high school career and ended her senior season with 106 kills, 51 aces and 153 digs. Her dig percentage was 78 percent and she earned Defensive Player of the Year on the CHHS squad. Hicks will be playing in college at Wallace Community College in Selma. Hicks said she hopes to move on to a four-year college after Wallace, as well. 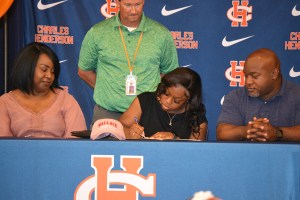 “It felt like a really welcoming place and it was just a good fit for me,” Hicks said of her decision to sign with Wallace-Selma. “I just want to go and get my general studies done and have fun playing volleyball.”

Football player Seth Scott signed his letter-of-intent with Lane College in Tennessee. Scott, a defensive back, will continue to play safety with the Dragons. Scott held offers from other schools like Huntingdon College, Kentucky Christian University, University of Northwestern, Maryville College, Tusculum University and Lincoln University. 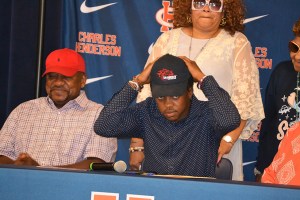 “I thought it was a great fit for me culturally,” Scott said. “They have great coaches and I got to meet some of the players there and they have a great community there, too. I could see myself down there for the next 3-4 years.”

Scott has his eyes on a degree but also has lofty goals for his football career.

“I want to get my degree, firstly,” Scott continued. “Ultimately, I want to make it to the NFL and be able to provide for my family.

“There’s not that many people from Troy that made it to the NFL, so I want to be one of those people so that when I die they remember me as a respectful young man and a success.”

Charles Henderson basketball players Tay Knox, Akeives Shorts and Cody Youngblood were the backbone of a Trojan basketball team that made it to the Elite 8 for the first time since 2004. All three signed with colleges on Wednesday, as well. 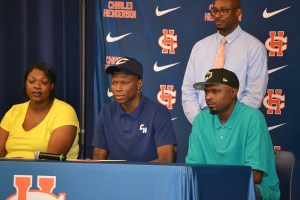 The 6-foot-7-inch Knox will be joining one of the top JUCO programs in America at Chipola. He chose Chipola over a number of other offers including Wallace State, ESCC, Alabama State, Gadsden State and Bishop State.

“I just felt like it was the best spot for me,” Knox said. “I talked it over with my coaches, friends and family and they all thought the same thing. They have a really good coaching staff and they develop guys really well. I got to talk to some of their former players and they told me how good it was. I’m ready to go down there and get to work.”

Along with winning championships, Chipola is known for churning out Division I players annually.

“I just want to go 1-2 years and then make it to a high-major school like Alabama or Auburn or something like that,” Knox said. “I have to put the work in first, though.” 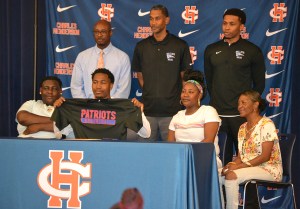 Shorts said the help Wallace-Selma offers athletes academically meant a lot to him.

“I feel like it was close to home and when I went on a visit I really liked it,” Shorts said. “I really like the program and the way they help the students out not only with basketball but with school work.

“School is important and I think education is the most important thing along with basketball. The first thing I want is my degree and to be able to play basketball and eventually make it to the next level. Education is first and foremost, though.” 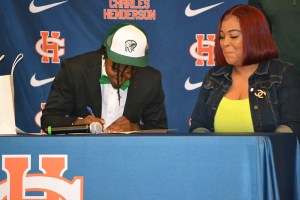 Youngblood will be heading down Highway 167 to join Jeremaine Williams and the ESCC Boll Weevils.

“They were recruiting me the hardest,” Youngblood said of ESCC. “When I went on my visit down there it felt like that was home. I want to make it through ESCC and then get a (Division I) scholarship.”

Youngblood also spoke about how much his coach, Tim Fayson, means to he and his teammates.