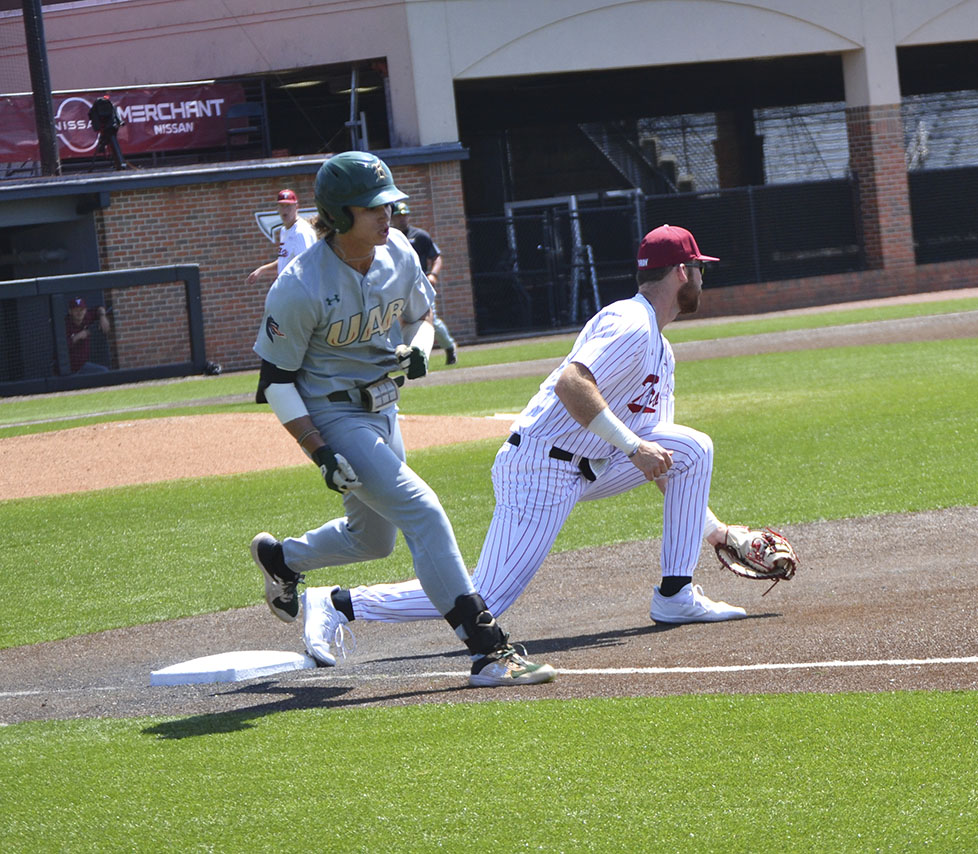 William Sullivan (30) gets an out at first base against UAB. (Photo by Josh Boutwell)

The Troy Trojans baseball team hosted the UAB Blazers for an in-state tangle in Troy’s final home game of the season on Tuesday but ultimately lost by a score of 10-8.

Troy played in front of a packed Riddle-Pace Field, which included students from Troy Elementary School in attendance, as well. Students from TES also sang the National Anthem before the game.

Troy fell behind 6-0 early before rallied to eventually come within one run. The Trojans and Blazers both scored two runs each in the fourth inning. UAB extended its lead to 9-2 in the top of the fifth inning before Troy scored six unanswered runs in the next three innings to cut the lead to 9-8. UAB sealed the win, however, with one final run in the ninth inning and Troy was unable to get into scoring position again.

William Sullivan earned 14 putouts on defense for Troy, while UAB’s Joseph Kiel had 12 putouts and one assist.

Troy hits the road on Thursday for the first game in a series with Appalachian State to close out the regular season. Troy currently sits in seventh place in the Sun Belt with the Conference Tournament beginning on May 24 in Montgomery.