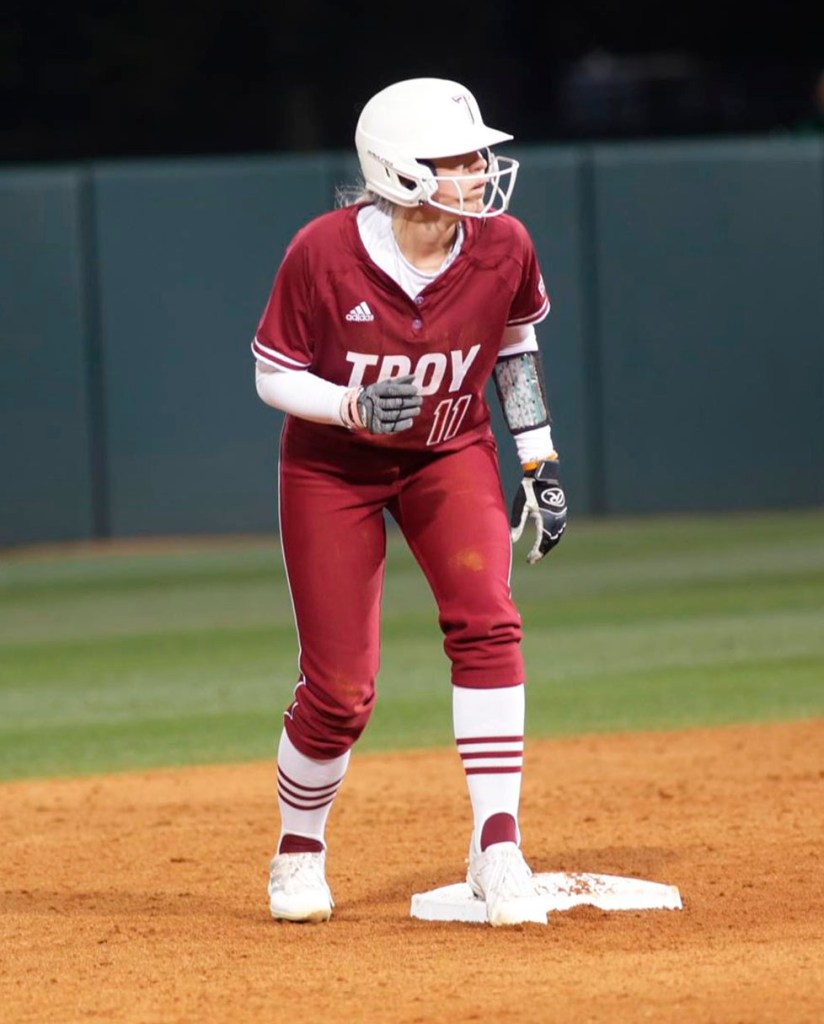 Audra Thompson closed out the season with a home run in the Sun Belt Tournament. (Photo courtesy of Troy University Athletics)

The Troy Trojans were eliminated from the Sun Belt Conference Softball Tournament on May 14 after losing to Coastal Carolina in the second of two Saturday games.

Troy started off the day with a 5-0 shutout win over No. 7 Georgia State before falling to the No. 9 seeded Coastal Carolina by a score of 5-2.

In game one, Leanna Johnson pitched two innings before leaving the game following a number of illegal pitch calls going against her, which has plagued the All-Sun Belt pitcher throughout the tournament. Skipperville’s Libby Baker pitched five innings and struck out six batters, while giving up one hit and no earned runs in the win. At the plate, Audra Thompson went 2-for-3 with two home runs, three RBIs and a run.

In the loss to Coastal Carolina, Baker pitched six and 2/3 innings and fanned five batters, while giving up two hits and one earned run. Johnson was once again plagued by a number of questionable illegal pitch calls, resulting in her pitching for less than an inning. Kelly Horne went 1-for-3 at the plate with a home run, an RBI and a run in the loss.

“I’m really proud of our team and our fight,” Troy co-interim coach Taylor Smartt said. “Obviously not the ending we wanted but Troy is special, every one of these moments out there were special with our team. I’m just proud with all the adversity that we’ve faced this year, and the fight they showed right there. It came down to the very end and I was very proud of them.”

On Monday, the NCAA released the brackets for the NCAA Softball Tournament and Troy was not selected to return to the tournament.