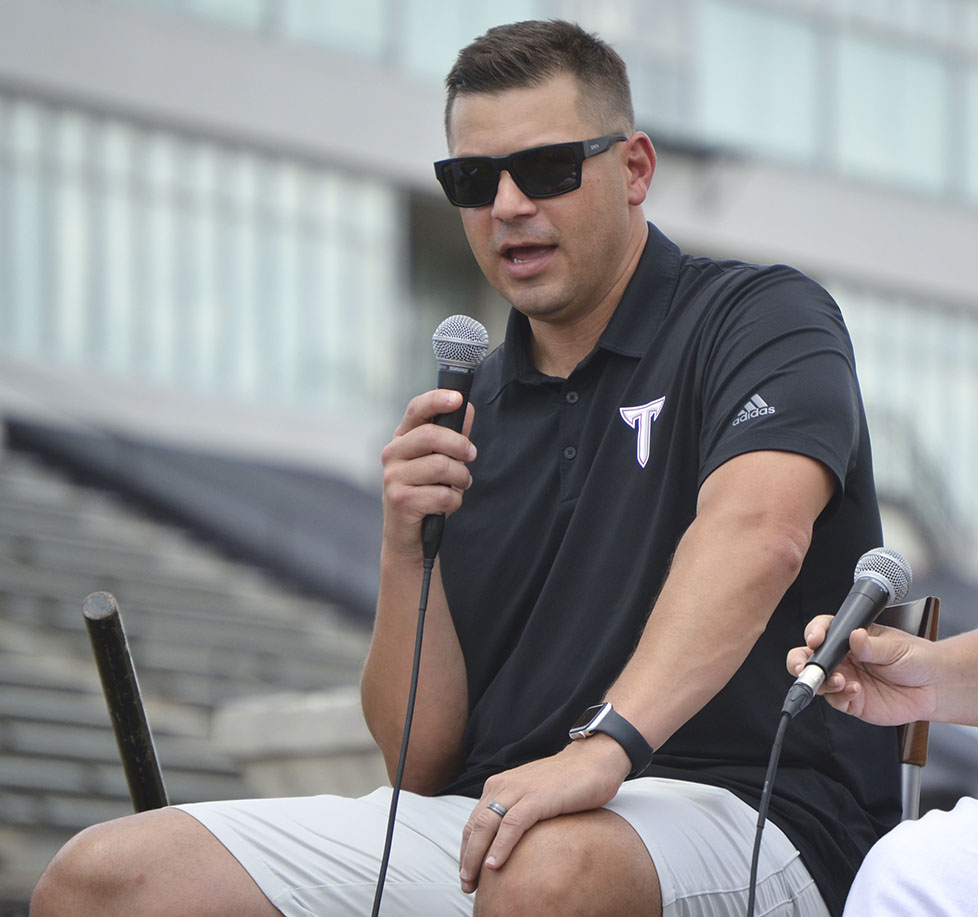 The Troy Trojans football team was hit with a rash of departures to the NCAA Transfer Portal following spring football practices, but head coach Jon Sumrall will look to fill some holes on his roster with the Transfer Portal, as well.

While Sumrall has emphasized he prefers to build his team through developing high school players that come to Troy, he’ll also utilize the Transfer Portal to fill in some holes on the roster this summer.

“We’ve got a few open spots right now, post spring, so we’re currently looking to add some guys to our roster,” Sumrall said during the Trojan Tour on Saturday. “We’re going to build our team typically through high school recruiting and development, but we do have a handful of spots we’ll add, transfer wise, to bolster and supplement our roster.”

Since February, eight Troy football players have hit the Transfer Portal. One of those players to enter was quarterback Kyle Toole, whose departure left Troy with just two scholarship quarterbacks for the remainder of spring practices. Quarterback is a position that Sumrall emphasized is one that will need to be filled before heading into fall camp.

“We will add Tucker Kilcrease from Brantley, a young man that I’m very excited about and the kind of kid that whatever he does he’s good at. He’ll be our third (quarterback) but we have to add one more before we enter into fall camp just from a depth perspective.”

With Troy’s move to a more run-based offensive style, Sumrall pointed to the offensive line as being another position that needs to be bolstered through the Transfer Portal.

Sumrall also pointed to wide receiver – explicitly a deep threat – and “difference makers” on defense as targets in the Transfer Portal, as well.

“We’re also looking to add maybe one more receiver that can be a ‘home run’ threat and take the top off the coverage and we want to add some quality pieces defensively,” he said. “From a defensive perspective, I really like our team but what I’m doing right now in regards to adding to the roster is trying to identify who the absolute best available is on defense.

“I don’t care about position, I want difference makers. It’s not really about adding numbers as much as adding players that can make an immediate impact on our team.”