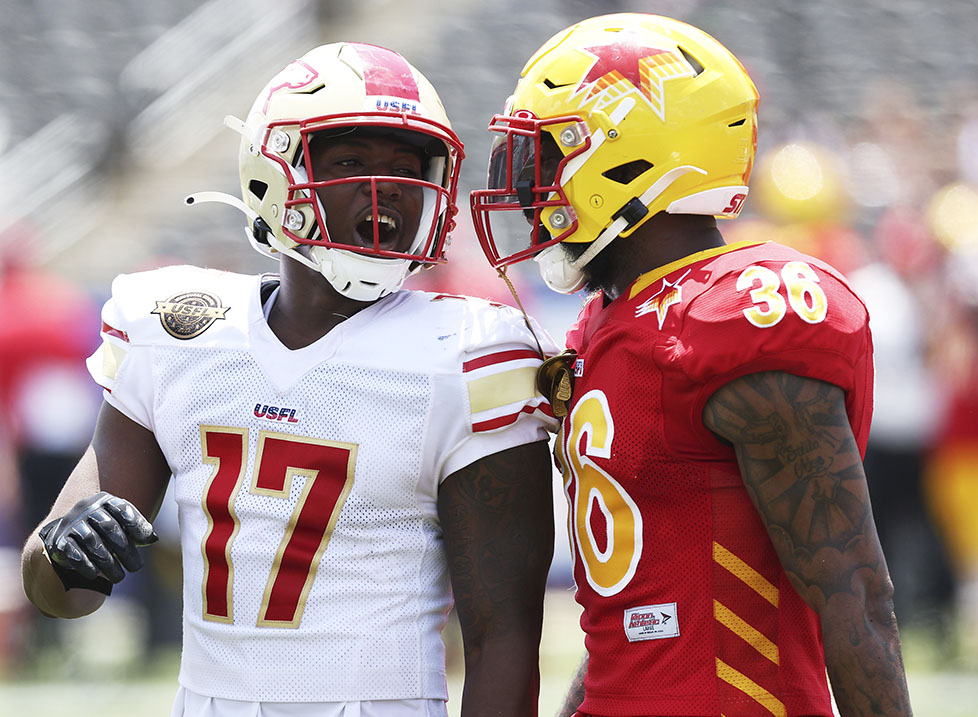 The Birmingham Stallions beat Philadelphia to remain undefeated this weekend. (Photo courtesy of the USFL)

The Birmingham Stallions (5-0) are still the only team left unbeaten in the United States Football League after besting the Philadelphia Stars (2-3) by a score of 30-17 on Sunday.

As Birmingham’s offense began to bog down, the Stars took control with a 9-yard touchdown run to go up 14-7. McGough then threw an interception on the Stallions’ next drive, allowing the Stars to extend the lead to 17-7 on a 49-yard field with 7:31 left in the first half.

J’Mar Smith then entered the game at quarterback for Birmingham and heaved a 38-yard touchdown pass to Mobile native Marlon Williams with just under five minutes remaining in the half to cut the Stars lead to 17-14.

Birmingham’s Chauncy Haney then recovered a Philadelphia fumble with 2:00 left and Smith marched the Stallion offense into the Stars red-zone. Birmingham kicker Brandon Aubrey missed a chip shot field goal as time expired to preserve Philadelphia’s 17-14 lead at halftime, however.

With just over five minutes remaining, the Stallions turned to former Alabama Crimson Tide standout Bo Scarbrough and a modified “wish bone” type of offense as the Stallions pounded on the Stars defense. The relentless rush attack led Birmingham right down the field and Smith capped off the drive with a 2-yard touchdown run with 47 seconds left to seal the 30-17 win. Aubrey missed the PAT.

Smith completed 17-of-22 pass attempts for 203 yard and a touchdown along with the rushing touchdown. McGough completed just 4-of-11 passes for 50 yards, one touchdown and an interception before leaving the game.

Birmingham will match up with the Michigan Panthers this Saturday, May 21, for a 6:30 p.m. showdown to be televised nationally on NBC